Home » Marijuana vs Alcohol – What's The Difference?
Share this...

Marijuana vs Alcohol – What's The Difference? What are the differences between weed and alcohol? Why do they impact you differently?

Marijuana and alcohol are the two most common drugs in the recreational industry. Alcohol is legally available in most countries to individuals over the age of 18, while marijuana is only legal in a handful of countries and states, and is often purchased illegally.

Whether your drug of choice is marijuana or alcohol, they both have starkly differing impacts on the body and in turn, result in different feelings and actions after consuming either substance.

From an economic perspective, it is known that the availability of alcohol for consumers to purchase has contributed greatly to our economy. In the United States alone, the alcohol industry is responsible for sustaining more than 4 million jobs and generating almost $70 billion in annual tax revenue.

On this front, cannabis is no different. According to a recent study by New Frontier Data, national legalization in the United States could result in $128.8 billion in tax revenue, and an estimated 1.6 million new jobs.

Weed, ganja, grass, Mary Jane. Whatever you call it, it's all the same thing; marijuana. Marijuana is a psychoactive, depressant drug derived from the cannabis plant, this strain of cannabis has a higher concentration of THC (tetrahydrocannabinol) – this is what gets users "high."

Marijuana is commonly used for both recreational and medicinal purposes, treating a plethora of conditions such as relieving chronic pain and minimizing the prevalence of seizures through its interaction with the endocannabinoid system.

Recreationally, marijuana is commonly used for the purpose of feeling "high," which can be characterized by a euphoric, relaxing feeling.

Like many drugs, marijuana has both negative and positive short and long term effects, and these effects can vary from person to person.

Where is Marijuana Legal?

Unlike alcohol, marijuana is not legal in every country – this is primarily due to the negative stigma that surrounds cannabis as a result of the War on Drugs.

However, there has been a progressive influx of legalizing weed in many states across the United States, as well as Uruguay, Canada, and various countries in Europe.

On the other hand, marijuana is also banned for use in virtually every other country, particularly for recreational use. While this is certainly changing, it remains true that cannabis possession or sale can land citizens across the world in prison.

Akin to marijuana, alcohol is also a depressant drug. Alcohol is made from ethanol (ethyl alcohol) and is curated through the fermentation of grains, fruit and other forms of sugar and has been produced in a variety of products such as beer, spirits and wines and is often used recreationally in social settings.

Like marijuana, although to a greater degree, alcohol has been deeply entwined within human societies for thousands of years.

When alcohol is consumed in excess, it may lead to many negative, long term effects within the body.

Where is Alcohol Legal?

Unlike marijuana, alcohol is legal for consumption in most countries across the world except some of those in the Middle East and specifically, Saudi Arabia has banned the consumption and production of alcohol. Therefore, this evidently stems from their religious belief within Islam where they are prohibited from consuming alcohol.

In comparison, other countries such as the United States and Australia both have different age restrictions in the consumption and buying of alcohol (21 years and 18 years respectively).

Marijuana vs Alcohol: What's Your Pick?

From a weekly vodka tonic or drinks with your friends at a bar to staying home and rolling a joint – what would you choose? It all depends on personal preferences and tastes. It's clear that there are starkly different effects of alcohol and weed on the body and how they can impact you long term.

As mentioned above, the buying power of consumers greatly impact the potential availability of the products. Alcohol is readily available in most countries and marijuana is progressively being decriminalised in many states and countries across the world. 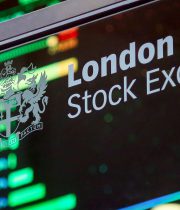