The biotech sector is one of the most exciting areas of the cannabis industry, as it can offer investors the opportunity for substantial short term gains.

For most of the 20th century, marijuana was seen as a "gateway drug" that threatened the stability of society.

However, thanks to years of intense research, cannabis is now being used to combat a variety of diseases including seizures, acne, inflammation and even chronic pain. As a result, marijuana is now finally being considered as a viable alternative to medications that can be expensive and outdated.

The ongoing destigmatization cannabis has also fuelled a massive wave of money pouring into the sector, as investors rush to cash in on an industry that could be worth $66.3 billion by 2025.

And when it comes to investor excitement, the cannabis biotech sector is one of the hottest areas of the market.

Part of the reason for this is that biotech stocks can often return substantial short-term gains for investors, as they are constantly releasing results—such as blockbuster licensing deals and positive clinical trial endpoints—that significantly drive up share prices.

Unfortunately, this quality can also act as a double-edged sword. Negative trial results from a flagship product can often drastically affect a stock's value, potentially sending it into a death spiral that can damage the entire company.

While this does make them a risky investment, early-stage biotech stocks can still offer a significant upside to investors who are capable of riding out the volatility.

To help you along the way, we've identified three Australian cannabis biotech stocks that we think have a significant chance of conquering the market. So, let's dive into the biotech boom!

Botanix Pharma (ASX:BOT) is an Australian medical dermatology company that is currently developing cannabinoid-based products to treat a variety of skin conditions, while also working to get the first cannabinoid products approved by the FDA.

If granted approval, then the company could have serious shot at conquering the multi-billion dollar dermatology market, as the sector has seen very few new products approved over the last 20 years.

According to the company, their overall mission is, "to improve the lives of patients suffering from serious skin diseases including acne, psoriasis and atopic dermatitis by providing new treatment options for conditions that currently are inadequately addressed or are treated with therapeutics that are burdened with side effects profiles."

Botanix Pharma's two superstar products are BTX1503 and BT1204, which are intended for the treatment of Acne and Atopic Dermatitis, respectively. This is a smart area of the market—which combined have a combined Total Addressable Market of over $8 billion—for Botanix to target, as there are no competing cannabinoid-products approved for these conditions.

In fact, Botanix may be one of few companies in the world that is even studying the impact of CBD products on these diseases. This could allow their products to really stand out in the dermatology market, which has thus far been largely dominated by incumbent generic brands, which often come with significant side effects and safety issues when used as a long-term treatment option.

Unfortunately, while initial results from the company's clinical trials were promising, the subsequent results from its BTX1503 Phase 2 trial in Q3 2019 were less than stellar.

To make matters worse, the company released a report on the study that was overloaded with scientific jargon, which many investors found difficult to understand.

This caused investors to panic—as many assumed the report was intentionally confusing to cover up bad news—resulting in a near meltdown that saw BOT shed over 50% of its value in just one day.

Botanix Pharma - Tell Us Is It Good or Bad?

However, while this may seem like bad news, the company still has a chance to rebound. If you actually dig into the BTX1503 results, you'll find that the drug is both efficacious and lacking in adverse side effects, even though the study's primary statistical endpoint was missed.

The company's management has also confirmed that it is now in the process of preparing for Phase 3 trials, while steps have been taken to address the manufacturing and supply issues that may have impacted the study.

Although Botanix Pharma may have recently stumbled, we still have confidence that our original investing thesis remains sound.

We believe that the drug will be safe, effective, and highly profitable due to its substantial addressable market. And with stock in the company currently trading at 0.11 a share, the company is a perfect vehicle for both fledgling investors looking to take a long position and experienced traders seeking to expand their original investment.

MGC Pharmaceuticals (ASX: MXC) is an Australian biotech firm that is currently developing a number of cannabis-based medicinal products, such as CogniCann, which is intended to treat patients suffering from dementia and Alzheimer's.

The company is also developing another product known as CannEpil, which is an oral oil solution aimed at the treatment of drug-resistant epilepsy. Both of these drugs are currently in Phase II clinical trials and are also available via prescription in the Australian and UK markets.

This will give MGC a considerable competitive advantage as it pursues full vertical integration in the increasingly crowded biopharma market, as it will allow them to produce API's for their medicinal products at a considerably reduced cost.

With our unique EU-GMP production and key market distribution infrastructure now established, we can meet this increasing demand for our offering of phytocannabinoid derived medicines in our existing and future markets in both Europe and Australasia.

MGC Pharmaceuticals was also the first Australian cannabis company to be granted qualification for all of its' Phytomedicines from the European Medicines Agency, allowing it to apply for drug evaluation and registration of CogniCann, CannEpil, and any other medicinal cannabis products currently in development.

MGC is currently in the process of building facility in Malta, which is on track to open by mid-2021. Once fully operational, it is expected to become biggest GMP certified phytocannabinoid manufacturer in the world, thanks to its substantial production capacity.

This will allow MGC to produce thousands of units of pharmaceutical grade medicine per hour, making them a global leader in the pharmaceutical market.

According to MGC Pharma co-founder and Managing Director, Nativ Segev, the growth of the cannabis industry over the coming years "is difficult to project, but it will be significant, and the simple fact is this: demand is growing for these products all over the world, and there is a lack of facilities, and personnel, to fill this need."

"The facility we are building in Malta will be able to produce 8,000 units of a product such as CannEpil in an hour."

"Malta is ensuring it can offer both, and with other considerable benefits to a company with vision and a need to expand such as ours," Segev said.

While MGC Pharma's flagship medicinal cannabis products are still in the clinical trial stage, they have also already begun generating revenue from CogniCann and CannEpil, thanks to purchase orders from jurisdictions where the drug is legally available under special access schemes. In fact, MGC experienced strong sales during the September to October period this year, which saw the company take in over €300,000 in purchase orders

Although stock in MGC Pharma is currently only trading for 0.33 per share, we believe that the company's strong leadership team, world class cultivation and research facilities, and highly promising proprietary drug formulations mean that it has a better shot than most at cracking the highly lucrative pharmaceutical market.

MedLab Clinical Limited (ASX:MDC) is an Australian healthcare company with a focus on providing therapeutic pathways for chronic diseases.

Currently, the company operates primarily out of Australia, however it also has an organic chemistry set up in Southern California and additional offices in Malta and London.

The company takes a research-driven approach to the market and has a diversified product offering, including several cannabinoid products such as NanaBis and NanaBidial—which are both accessible in Australia under the government's Special Access Scheme (SAS)—along with NanoCBD, which targets anxiety and inflammation.

While pharmaceutical grade products are the company's bread and butter, MedLab also has a highly promising nutraceuticals line, which it believes could become a substantial money-spinner in the near future.

MedLab is very excited with this opportunity to work with Priceline Pharmacy and other independent groups as it allows us to support people in the community suffering chronic illnesses by providing them easier access to scientifically backed products via professional pharmacy.

And it's not hard to see why, after the company secured distribution agreements with TerryWhite Chemmart and Priceline Pharmacy—representing thousands of retail locations across Australia—for its range of nutraceutical products earlier this year.

Aside from its flagship products, MedLab has also developed a nano-particle medicine delivery system known as Nanocelle, which is being applied to its medicines, off-patent drugs, and nutritional products.

In October MedLab received an order for 1,500 units of NanoCBD for the Hong Kong market and have already begun manufacturing it at a licensed FDA facility. The product is also expected to be accessible in the Australian market under the SAS program by Christmas 2019.

The company has also been making great strides with its cancer pain medication, NanaBis, with recent trial data demonstrating that it can also be used for the efficacious treatment of neuropathic pain.

Similarly, trials for NanaBidal—which was developed to assist with seizures and chemotherapy-induced nausea and vomiting—have yielded highly promising data.

Although stock in MedLab Clinical is currently only trading at 0.39 a share, the company is likely to begin generating considerable revenue soon, thanks to the growing popularity of NanaBis and its rapidly expanding nutraceutical range, which could drive significant movement in the share price.

Why Invest in Biotechs?

Although early-stage cannabis biotechs are often highly vulnerable to pricing volatility, they can still offer forward-thinking investors an opportunity for massive short-term gains.

After all, they generate regularly considerable excitement in the market thanks to the constant stream of eye-catching market updates, highly lucrative licensing deals, and positive trial results that they release.

These factors can really help to drive the share price, making them the perfect investment vehicle for those that are ready to sink their teeth into the cannabis market.

And luckily, we've done most of the hard work for you, and have identified several cannabis biotech stocks that we think stand a real shot at success. The only thing left for you to decide is how far you want to ride the cannabis biotech boom.

Don't Fence Me In - MediPharm Kicks off "Cannabis 2.0" and Secures Permission for Production Capacity Increase 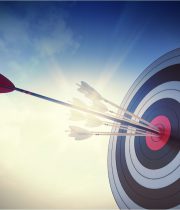