The company also announced that its Dutch based subsidiary, Elixinol B.V., has partnered with the Naturopathica brand—which is owned by PharmaCare—to create a co?branded CBD capsule range.

The product range will be sold via the network of Holland & Barrett stores, which is one of the UK's leading health and wellness retailers. The Naturopathic "CBD+" brand includes six capsule-based Stock Keeping Units (SKU), and will combine Elixinol's high strength full spectrum CBD with vitamins and minerals that will target different areas of a user's health and wellbeing.

Elixinol has also confirmed that it is already in the process of fulfilling a second order of 60,000 CBD+ units.

"The partnership with PharmaCare positions Elixinol as a leading player in the developing UK CBD market. Naturopathica CBD+ will be sold via Holland & Barrett's online store, HollandandBarret.com, and over 800 Holland & Barrett retail stores."

Elixinol also announced this week that it had secured the intellectual property rights to a microencapsulated technology developed by Bionova. The license gives the company the right to exploit the microencapsulation system globally, and as part of the agreement Bionova will become the exclusive manufacturer and supplier of Elixinol products—that are developed using its technology—with the European Union (EU).

The unique microencapsulation technology developed by Bionova has a wide variety of applications—such as foods, beverages and nutraceutical product formulations—and adds to Elixinol's portfolio of medicinal delivery systems, which also includes the highly valuable Permetrex license.

As part of the agreement, Elixinol Global will also contribute an annual fixed amount of €25,000 for each EU country in which the company exploits Bionova's microencapsulation technology. This amount will increase to €50,000 per year once patent rights are granted in that country.

Also, the H&H Group will sell, promote, market and distribute these products under a new brand with first sales expected the first half of the 2020 financial year. Bod said it stands to benefit from H&H Group's global network and established product suite and will drive a more rapid scale-up alongside H&H's internationally marketed products. Bod is also set to receive a royalty on net sales as part of the transaction, as well as a cost-plus margin for the supply of its finished formulas and extracts.

In addition to the existing terms, Bod and H&H Group have also entered into a joint development agreement for future product development initiatives as part of the transaction. Bod will retain full rights commercialise its medicinal CBD extracts for pharmaceutical purposes. The company will continue to expand this arm of the business both in Australia and abroad.

"We are excited for NewH2 to take this step with Bod and to be investing in this high-growth industry, particularly in Australia where there is a clear commitment and ambition to be world-leading in industry development and exporting."

This week Cann Group Limited (ASX:CAN) also published its quarterly report for the period ending June 30, 2019, recording $2.3 million in revenue for the quarter, representing a 413% increase on the previous financial year.

This quarter saw the company deliver its first shipment of Australian sourced—and commercially grown—cannabis to the Victorian Government, as part of a supply agreement that was negotiated with the state's Department of Health and Human Services (DHHS).The cannabis resin supplied was originally extracted at the Cann Group's Southern Facility in Melbourne.

During this quarter the Cann Group also took ownership of the Mildura site which it had previously secured with the intention of making it the company's third planned facility. Once complete, the Mildura facility is expected to house a state-of-the-art greenhouse which will be used for large scale cultivation purposes.

The first prefabricated elements of the greenhouse structure have already been shipped from the company's supplier in the Netherlands, while additional groundwork is reported to have already begun at the site. These renovations will take place alongside the ongoing remodelling of the facility's existing manufacturing space.

Aurora Cannabis Inc (NYSE: ACB), and the UFC—the world's premier mixed martial arts organization—announced the launch of a joint clinical research program that will produce multiple studies under the terms of their recently announced partnership.

The research will examine the use of hemp-derived CBD as an effective treatment for pain, inflammation, wound-healing, and recovery on MMA athletes. The ground-breaking research partnership is aimed at understanding key health and recovery needs of elite athletes in such a highly physical and competitive sport as mixed martial arts.

Research data will then be used to drive the development of science-backed, hemp-derived CBD topicals that will be safe and reliable. These new products will help combat the rapidly growing market of untested CBD treatments currently being used by high-performance and non-professional athletes.

Once research is complete, any resulting product will come to life in the U.S. under the new high-performance sports brand ROAR Sports, a portfolio of high-quality, hemp-derived CBD topical treatments scientifically formulated with elite athletes in mind. Through analysis of athlete needs and scientific data, ROAR Sports will challenge the status quo, seek to alleviate the stresses of competition, and earn designation as the "Official CBD product of UFC."

"Our partnership with UFC is about committing to the science that will educate and advocate."

Worcester is the second-largest city in Massachusetts, with a metropolitan area population of approximately 923,000. This Retail Marijuana License will allow the Company to operate a 2,837 sq. ft. facility located at 645 Park Avenue. The Company will continue to work with the Massachusetts Cannabis Control Commission to receive final approval from the state to commence operations.

The Company's medical marijuana cultivation and processing facility in Holliston has been operational since January 2018. In addition to supplying Mayflower Medicinals' medical dispensary in Boston with high-quality flower, pre-rolls, distillate, and edibles, the Holliston facility also supplies over 18 other medical dispensaries in the state on a wholesale basis.  In anticipation of the increase in demand, including more distillate and edibles, the Company recently installed new extraction equipment that has increased extraction productivity at the facility by over seven times.

Curaleaf Holdings Inc (CSE: CURA) announced it has signed a definitive agreement to acquire GR Companies Inc the largest private vertically-integrated multi-state operator, in a cash and stock deal valued at approximately $875 million. This transaction solidifies Curaleaf's position as the world's largest cannabis company by revenue and the largest in the U.S. across key operating metrics.

The highly complementary acquisition brings together the largest public and largest private multi-state operators in the U.S. to offer a full range of products to consumers in states across the country. As a market leader throughout the Midwest, Grassroots has a portfolio of 61 dispensary licenses, with 20 operating today, and 17 cultivation and processing licenses that will substantially accelerate Curaleaf's continued expansion across the nation.

Grassroots has a leading presence in large markets in which Curaleaf presently does not operate, including Illinois, which in June became the 11th state to legalize adult-use cannabis, and Pennsylvania, the fifth most populous state in the U.S. With the acquisition, Curaleaf will also add new markets in Arkansas, Michigan, North Dakota, Oklahoma, and Vermont, and build on its existing businesses in Connecticut, Maryland, Nevada and Ohio. Upon completion of the proposed transaction, Curaleaf will be the largest medical and adult-use cannabis company with access to a total population of approximately 177 million people.

"With the acquisition of Grassroots and the pending acquisition of Select, Curaleaf is the world's largest cannabis company by both revenue and operating presence."

The dispensary will be transitioned to operate under Harvest's House of Cannabis stores, known for quality-driven retail experiences with a focus on bettering the community. Harvest's dedication to building, acquiring and expanding brands and distribution across its national footprint provides greater cannabis accessibility for consumers seeking high-quality and trusted experiences. Harvest has agreed to purchase Urban Greenhouse for an undisclosed amount of cash and stock.

Harvest now operates 13 dispensaries and cultivation and manufacturing facilities in the state, pending acquisitions will add an additional six, strengthening its leadership position as the largest operator in the market. Most recently in Arizona, Harvest acquired the right to operate a dispensary in Casa Grande, opened Glendale's first medical dispensary, and announced the pending acquisition of control of six licenses from Devine Hunter, Inc.

The deal encompasses more territories with Impression to now distribute FiTGuard by Gameday to 50% of the world's population. In addition to the existing licenced territories of Australia, New Zealand and Hong Kong, Impression's products will now be shipped for sale to China, India, Indonesia, the Philippines, Thailand, Malaysia, Singapore and South Korea.

As it stands, the FiT product suite includes the FiTGuard, FiTApp and FiTCloud. Its makers are adamant the system allows athletes, coaches, parents and/or medical staff to monitor the impact that athletes receive during training or play. The guard connects to the app via Bluetooth so that health assessments can be made in real-time.

"The FitGuard is the most sophisticated smart mouthguard on the market today; providing accurate data measurements on cranial acceleration in a package barely larger than a regular mouthguard. Treatment of concussion should come after accurate monitoring of concussion and the FiTGuard works to provide a platform for player treatment with synthetic CBD."

GW Pharmaceuticals (NASDAQ: GWPH) announced that the European Medicines Agency's (EMA) Committee for Medicinal Products for Human Use (CHMP) has adopted a positive opinion recommending marketing authorisation of EPIDYOLEX™ for use as adjunctive therapy of seizures associated with Lennox?Gastaut syndrome (LGS) or Dravet syndrome, in conjunction with clobazam, for patients 2 years of age and older.

The European Commission (EC) is expected to make a final decision on the marketing authorisation application (MAA) in approximately two months. The CHMP's positive opinion is based on results from four randomised, controlled Phase 3 trials.

These studies incorporate data from more than 714 patients with either LGS or Dravet syndrome, two forms of epilepsy with high morbidity and mortality rates, which place a significant burden on families and caregivers.

Sensi Medical Cannabis House will be located at the Peter Tosh Square, Unit #51, (yes, it is there), Pulse Center, 38a Trafalgar Road, overlooking the Peter Tosh Museum in New Kingston.

The Cannabis House will have a smoking lounge for on-site consumption, high-end accessories for sale, and feature Marigold proprietary strains of cannabis and brands called Sensi Gold.

"The approval of Marigold's first Herb House signals an exciting time for Aphria. We believe that there is tremendous opportunity in Jamaica from a domestic and international perspective and we look forward to bringing Sensi products to the market."

Finally, the Australian hemp giant Ecofibre Limited (ASX:EOF) has released its full year results for FY2019, showing an impressive 519% increase in revenue from the previous year.

The first full year of commercialization for Ecofibre saw revenue rise from $5.7 million to $35.6 million, while its NPAT grew by 170%. The company's total assets also increased substantially in 2019, climbing from $11.2 million to $47.8 million.

Approximately 70% of the company's total revenue came from US independent pharmacies, while 84% of sales was generated from sales of its Ananda Health branded products. Ecofibre continued to invest heavily in Ananda Health's education platform—known as CBD 360—in 2019, which also saw the brand launch additional topical and ingestible products to meet segment needs.

Ecofibre Managing Director Eric Wang explains the market opportunity for cannabis products in the US. 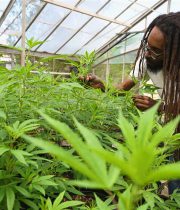 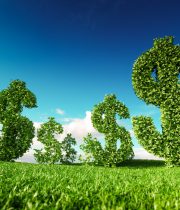 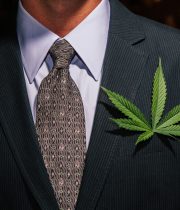 What’s the Deal with MedMen?