MediPharm Labs is quickly becoming the global extraction powerhouse, but Australia has a potential contender waiting in the wings.

Cannabis has always been associated with smoking, be it a joint, a blunt or a bong. But, the times are a-changing, and quickly. In mature medicinal markets, oils are in far greater demand given they can be better titrated by doctors, and in the recreational markets, edibles and extracts now account for over 60% of sales.

Cannabis extraction, however, is quite complicated in both the equipment and processes used. It requires skill and is very difficult to manage – effectively – at scale. Enter the specialist extraction companies. The biggest names in the game are MediPharm Labs, Valens GroWorks, and Neptune, and investors have flocked to them in the past couple of months. And for good reason.

Founded in 2015, MediPharm Labs is a B2B Canadian Licensed Producer with a focus on extracting purified pharma-grade cannabis oil and concentrates for the development of extracts and other cannabis-derived products.

Back in January, we wrote, "the company, the first to receive a license from the ACMPR to produce oils (without first having to receive a cultivation license), is considered a sector-leader and is likely to be one of the top performers in 2019, as it operates in the fastest-growing segment of the market – cannabis-derived CBD oils and extracts." And the stock certainly hasn't disappointed.

The company operates off of its wholly-owned 70,000 square foot facility in Barrie, Ontario. The facility is ISO rated clean and, more importantly, is European GMP standards certified. Its' annual dried cannabis processing capacity is now at 300,000kg, and with a new customised, large-scale extraction line set to open later this year, annual capacity is expected to increase to over 500,000kg.

The company's primary focus is the production of standardised, pharmaceutical-grade, cannabis oils and concentrates. As MediPharm Labs do not have a cultivation license—and hence have no capacity to grow—they are reliant on securing agreements with cultivators to ensure a sustainable supply of material inventory (dry flower and trim).

MediPharm Lab's second revenue stream will be its White Label Production. This differs from their standard extraction processing, in that their white label products are a classic reproduction of the pharmaceutical contract-manufacturing model. Here, MediPharm Labs would handle the research, formation, production, and packaging of products for its 3rd party customers.

Recently, the company announced its Q2 2019 financial results. Revenue was $31.5 million, a 43% increase over Q1 2019, reflecting MediPharm's leadership of the Canadian cannabis extraction-only industry and ramp-up of new committed contracts.  Gross Profit was $11.3 million, a 65% increase over Q1 2019, while Gross Margin was 36% compared to 31% in Q1 2019, reflecting increased production and production efficiency.

Net income before tax was $4.1 million compared to a net loss of $0.3 million in Q1 2019. Yeah, you read that right. It speaks directly to "why investors love these companies." Importantly, the company also has a very healthy looking balance sheet after gross proceeds of $75 million were received from an oversubscribed bought-deal offering, leaving a cash balance of $72.7 million at June 30, 2019.

At The Green Fund, we have not only been following LABS closely as a result of the sector they operate in, but also, because of what they are doing on Australian soil.

MediPharm Labs Australia received its cannabis manufacturing licence from the Australian Office of Drug Control on May 21, 2019. This was a significant milestone for MediPharm Labs, in that it establishes the company as an early mover in the Australian cannabis industry. The 10,000 sq. ft. purpose-built facility southeast of Melbourne is currently nearing completion, and will house supercritical CO2 extraction—with the capacity to process up to 75,000 kg of dried cannabis per annum—as well as state-of-the-art secondary processing equipment for the manufacture of purified and high-concentrate cannabis distillates.


In addition, MediPharm Labs Australia is expected to provide the company with a global supply chain platform and a foothold in the Asia-Pacific region. MediPharm Labs have continually emphasised how important the Australian market is to them, and it's easy to see why when you look at the figures below.

The Australian medicinal cannabis industry can now lay claim to the fame of being the "fastest-growing medicinal cannabis industry in the world", and this is only the tip of the iceberg. In last year's Prohibition Partner's Oceanic Cannabis Report, it was estimated that by 2028, the total number of Australian cannabis patients could reach as high as 250,000. At currently just shy of 4,000 patients, there is way more growth in store it would seem. And we could not agree more.

But there is another sleeping giant in the southern hemisphere when it comes to extraction.

THC Global Group Limited (ASX:THC) is a medicinal cannabis producer with a vertically-integrated business model and a "farm to pharma" strategy that aims to corner all aspects of the cannabis market.

THC Global already has several growing sites established in Australia, along with an industry-leading biopharmaceutical facility, and are in the process of acquiring a domestic manufacturing license allowing for product validation and study trial production.

The company has four main facilities to speak of: the first of which is its facility in Bundaberg, which is licensed by the ODC for Cultivation and Research & Development. Further to this, it has also received permits to commence cultivation and R&D activities under the licences in December 2018. THC intends to use this facility for the validation and testing of strains, genetics, and trials.

Staying with cultivation, THC also has a production and manufacturing site at Jenbrook in Ballina. This organic tea tree farm is going to become the primary cultivation facility for the group. The company has plans to construct a 30,000 square meter greenhouse—capable of producing over 50,000 kilograms annually in the first stage of production—which will bring significant scale to THC's production.

The company's third growing site will be located in Nova Scotia and have the capacity to produce over 37,000 kilograms per annum, as well as being capable of incorporating extraction capabilities into the plant.

However, it's the fourth facility that potentially may have the greatest impact on the company's fortunes in the short-term, particularly over the next 24 months: their manufacturing plant and validation labs in Southport, Brisbane.

THC Global acquired the facility from its' original owners, Leo Pharma, who were left with a redundant asset following a Phase 3 drug trial failure. This allowed THC to pick up the facility—which has an insurance value of $35 million—for a cool $2.55 million.

Although the facility is small, its' output is anything but. The cultivation plant is capable of producing up to 120,000 kilograms of oil per annum, while its' ethanol-based extraction facility is built to cater to the extracts and concentrates market. And it is clear as day how favourable we are on this sector.

The large scale, pharmaceutical-grade manufacturing facility, is built to European GMP standards, meaning exports to the European Union in particular—as demand for concentrates continues to grow—are locked and loaded.

The facility is packed with machinery and systems that have been designed to produce the finest active pharmaceutical ingredient's (API) and isolated cannabinoids that are distilled into an end product. More importantly, it can also process the whole plant for full-spectrum isolates that create the entourage effect.

The facility's API technology—which can extract active compounds from individual strains and produce per product specifications—means that it is built to serve the extracts market. In fact, the facility's 120,000 kilograms oil output capacity is far, far greater than the entire Australian demand, and this is where it gets interesting.

The big Canadian LP's are all outsourcing extraction of their own production right now, since no one has enough individual capacity to meet the medicinal and recreational demands for extracts.

This makes the facility a very serious asset with huge income earning potential. And, according to the company, it's the largest one in the Southern hemisphere.

The facility, when at full capacity, will essentially be the foundation on which the revenues of the company are built on. The facility can produce up to 12,000 kg of cannabidiol active ingredients per annum, which the company expects to be valued in excess of 10 cents per milligram.

Having just received their manufacturing license for the facility, THC is now sitting on one of the most lucrative assets in the game. And we've been saying this for a while.

Extraction is a very fast-growing sector, with products characterised by higher revenue and higher margins. Considering the medicinal cannabis industry has continued to boom in Australia—with oils being the only form factor currently allowed in the country—while edibles and extracts are soon to become legal in Canada, this demand is clearly only going to strengthen.

THC Global may not initially be thought of as an extraction company, but when you're sitting on the largest GMP certified extraction facility in the Southern Hemisphere, and the demand for that facility's output is insatiable…then perhaps it's not too far of a stretch to call them one. 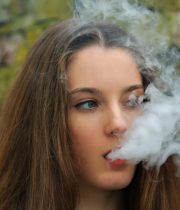