Join us as we take a look at some of our favorite ASX-listed cannabis stocks for 2020.

The land down under made several strides in 2019 when it comes to marijuana. This year, the Australian Capital Territory legalized recreational cannabis use, and throughout Australia, medicinal marijuana prescriptions have been skyrocketing.

Freshleaf Analytics expects that Australia's medicinal cannabis approvals will exceed 10,000 patients by the end of 2019, which translates to a 985% increase over the last year, and is estimated to generate roughly $50-60 million in annualized revenue.

Furthermore, Australia is well-positioned to become a major global player in the cannabis export market – expected to be worth $55 billion by 2025 – thanks to Australia's agricultural expertise and favorable, cannabis-conducive climate.

For these reasons and more, as we enter into 2020, we decided we'd take a closer look at some of our top ASX-listed companies for the new year.

Founded in Melbourne in 2017, Althea Group Holdings is a medicinal cannabis company that focuses on cultivating, producing, manufacturing, and distributing medicinal cannabis products throughout Australia, the United Kingdom, Canada, and most recently in Germany.

The company is one of the few cannabis players operating in Australia that possesses the full set of licenses from the Office of Drug Control (ODC) and Agriculture Victoria, allowing the company to supply its patients with its pharmaceutical grade, full spectrum medicinal cannabis products.

In the few years since Althea's founding, the company has released five branded medicinal products on the market, with the most recent addition to their product portfolio being CBD100, a highly concentrated, full-spectrum cannabidiol (CBD) oral oil product.

Althea has also taken on an educational role within the cannabis industry which is crucial for their success given that one of the major bottlenecks to the global medicinal marijuana market is that many medical practitioners report that they have a lack of knowledge when it comes to cannabis. In order to remedy this, Althea has developed a web-based platform and app known as 'Concierge' which is an educative program for both patients and health professionals alike.

This educational approach seems to be working for Althea, as there are now 408 Australian Healthcare Professionals prescribing Althea's products, representing a year-over-year growth rate of more than 2,100%, with over 3,688 patients in Australia who have been prescribed the company's medical cannabis products as of mid-December this year.

Over the pond, Althea has also prescribed patients in the UK through the MyAccess Clinics network and has also entered Canada through its acquisition of Peak Processing Solutions, a company that specializes in the extraction, toll processing, and contract manufacturing of cannabis derivatives and extracts such as cannabis-infused concentrates, drinks, edibles, and cosmetics.

This places Althea in a prime position for Canada's imminent legalization 2.0, which was the country's second phase of legalization that occurred on October 17th, 2018, allowing for the sale and consumption of this wider range of cannabis products throughout Canada. Sales of this wider array of cannabis-infused products are expected to account for more than $1.3 billion in revenue during 2020.

On top of this, Althea products are also being distributed throughout Germany as a result of a distribution deal with Nimbus Health. This opens up the lucrative European cannabis market for Althea, which experts estimate could be worth as much as €123 billion by 2028.

Australia's booming medicinal landscape, combined with Althea's efforts abroad and the company's investment into cannabis extracts ahead of legalization 2.0 are all factors which put Althea into a golden seat headed into 2020. Keep your eyes on AGH.

Medlab Clinical is a medical research and development company that focuses on researching and formulating novel bio-therapeutics to treat chronic diseases.

Medlab operates primarily out of Australia—with organic chemistry set up in Southern California and additional offices in Malta and London—and has a market capitalization of approximately $100 million at the time of writing.

Similar to Althea, Medlab has multiple Office of Drug Control (ODC)-issued licenses and is currently involved in the development of numerous medicinal products targeting everything from antibiotics to insulin, as well as therapies aimed at treating conditions such as chronic pain, obesity, and depression.

MedLab operates its own OGTR-approved laboratory and they own 100% of the IP developed, and with 7 granted patents, 8 under examination and 19 that have been filed, this could result in very significant commercial value.

This has led to Medlab creating a range of diversified products that already include several cannabinoid products such as NanaBis, for chronic pain, NanaBidial for cancer-induced nausea and vomiting (CINV) and most recently, NanoCBD.

On top of this, MedLab sells a product range of 34 premium nutraceutical formulations which have just made their way into the USA & the UK.

This means the company is poised to capitalize on the nutraceutical market, an industry pegged to reach USD $578.23 billion by 2025 according to a new report by Grand View Research, Inc., as well as the Chronic pain market, which has a total addressable market in the hundreds of billions.

Medlab ended the quarter with $6.9 million in the bank, however, this excluded a $2.1 million R&D grant the company received in October. With the guidance of slightly higher sales for the coming quarter, we believe the company has enough cash in the bank to support another 2-3 quarters before they will have to make a decision on a capital raising.

Though Medlab has a lot going for it; the company's Nutraceuticals range now delivers nearly $3 million in revenue per quarter, Medlab's medicinal cannabis products have nearly 1000 prescriptions to date, and there's huge revenue growth on the horizon as two monster markets are simultaneously targeted.

And most importantly, a good ship needs a good captain. Medlab has a great captain in CEO Dr. Sean Hall, who previously sold Bioceuticals to Blackmores in 2012. This invaluable experience gives Medlab the track record to hit some massive targets come 2020.

MGC has headquarters in Australia, with a European head office in the United Kingdom. The company also has a primary operation based in Malta, as well as a science and research team in Israel, which is globally recognized as being at the tip of the medicinal cannabis spear.

Presently, the company has two operational facilities in Malta and Slovenia, three developed products already in the market (with over 400 registered medical patients to date), and a pipeline of potential products currently in development.

Their lead asset is CannEpil which is an oral oil solution to treat seizures associated with drug-resistant epilepsy. CannEpil is currently authorized to be prescribed in Australia and the UK through early patient access schemes, and with over 500,000 epilepsy patients in the UK, and 250,000 epilepsy patients in Australia, this is a significant target market for the company's drug.

Then there's CogniCann, MGC's second asset designed to improve dementia and Alzheimer's patients' quality of life. CogniCann contains specific cannabinoids and terpenes and is currently authorized to be prescribed in Australia and the UK through early patient access schemes.

MGC's third and final product is InCann, a bioactive Capsule for symptoms of Crohn's disease and Irritable Bowel Syndrome (IBS).

MGC Pharma is strategically located with operational bases close to key markets supported by corporate headquarters, particularly in Europe, and boasts a team of globally-recognized scientists and doctors with decades of experience. On top of all this, the company is developing a portfolio of established and upcoming products that have a very broad total addressable market, which could yield commercial IP for many years to come.

THC Global Group Limited is an Australian medicinal cannabis producer with a vertically integrated business model that operates a "farm to pharma" strategy.

For the farm aspect of "farm-to-pharma," THC Global has secured close to 150,000 square meters of land for a proposed large-scale cultivation and manufacturing site at Jenbrook, in Ballina. On top of this, the company has The Bundaberg Facility, which is fully licensed by the ODC for Cultivation and Research & Development.

Though the focus for THC recently has been on the company's "crown jewel," which is its newly opened Southport Facility, now the largest bio-floral extraction facility in the Southern Hemisphere, with an estimated processing capacity of 120,000kg of cannabis per year.

The facility is fully licensed and permitted for the processing of medicinal cannabis, with cannabis supplies being shipped from THC's Bundaberg Facility to Southport for product validation extraction into finished medicinal products, including oils, tinctures, and capsules. This may prove to be a wise move for the company given the larger revenue and increased margins that accompany cannabis extracts.

Outside of Australia, THC Global's overseas operations include the Canadian hydroponics equipment business, Crystal Mountain, which has shown strong revenue growth in 2019. The most recent quarter saw the company rake in more than $1 million in cash receipts, while unaudited trading revenue for the year to date has been over $3 million. THC Global expects to see sales revenue from Crystal Mountain exceed $5 million in 2020.

The company also currently distributes CBD oils to patients in New Zealand under its exclusive distribution agreement with Endoca, and has mentioned plans to launch its upcoming "Canndeo" branded medicinal cannabis product range in New Zealand, which will be produced at its Southport Facility in 2020.

The company's last audited net asset position was over $28 million, without any debt across the group. Furthermore, a substantial increase in material revenue is expected in 2020, as the THC stock ramps up its cannabis production efforts.

The company's ability to achieve low-cost production through its significant production scale will combine to make 2020 very interesting for THC Global. This is definitely a stock to pay attention to. 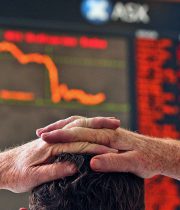 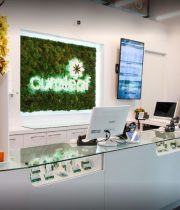 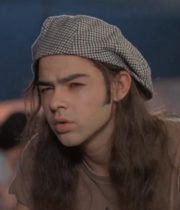 Should You Smoke Weed During The Coronavirus?