MedMen will pay WhiteStar approximately 80% in stock and 20% in cash in an undisclosed amount. The stock consideration will be satisfied by way of issuance of shares of MedMen Enterprises, Inc.

"Our strategy has been to establish our brand in the primary markets of California, Nevada and New York," said Adam Bierman, MedMen chief executive, and co-founder. "We have a leading presence in those primary markets and we are now ready to expand our reach. Arizona, with its robust medical marijuana program and connectivity to California and Nevada where our brand is already strong, makes this a great fit."

Monarch was founded in 2013 and according to the company statement is among the top medical marijuana dispensaries in the country and is the first cannabis dispensary to break ground in Scottsdale with impressive product offerings in its portfolio and a run rate revenue of over $10 million. Monarch is licensed to operate a 20,000-square-foot cultivation and manufacturing facility in Mesa, Arizona. As a wholesaler in the Arizona market, Monarch distributes branded products to over 60 dispensaries in the state.

In addition to the Arizona acquisition, MedMen is also purchasing Chicago-based dispensary Seven Point for an undisclosed amount of cash at closing, deferred cash, and shares of MedMen Enterprises, Inc.

"This acquisition brings the MedMen brand to yet another major stage," said Bierman. "MedMen has established a presence in the primary markets of California, Nevada and New York. Our strategy has been to put our brand in high visibility commercial districts in popular locations like Beverly Hills, Manhattan, Las Vegas, and Oak Park, just outside Chicago, fits the mold perfectly."

Originally, MedMen had been expected to remain in the key markets of California, Nevada and New York. However, it recently made a move towards Florida and this week's acquisitions signal an additional effort to move beyond those heavy tourist locations. Seven Point is located in a high foot traffic shopping district among popular restaurants, cafes and major retailers like Whole Foods, Gap and Pier 1.

"Seven Point is proud of its strong commitment to the local medical patient community and the loyal following we have built over the years," said Brad Zerman, chief executive of Seven Point. "MedMen will continue that tradition while bringing its industry-leading retail operations and
commitment to quality and service."

Also this week, MedMen closed a C$93,822,023 (US$73,275,000) senior secured term loan facility with funds managed by Hankey Capital and with an affiliate of Stable Road Capital as the largest loan participant.

The principal amount under the Facility will accrue interest at a rate of 7.5% per year, paid monthly, with a maturity date of 24 months following the date of closing on October 1st, 2018. The Facility will be used for acquisitions, capital expenditures, and general corporate purposes.

"This industry is more investable than ever, and this loan is reflective of that progress. Hankey Capital and Stable Road Capital's knowledge of this sector and their creativity allowed us to structure one of the first true senior secured loans in cannabis," said Bierman. "Our
operations in the primary markets of California, Nevada and New York are robust, and now we are turning our attention to the most promising and strategic markets across the country and the industry."

The loan follows a recent bought deal that raised C$86 million (US$67 million). MedMen may repay the loan at any time and from time to time, in whole or in part, with a prepayment penalty of 1.0 percent of the outstanding principal amount repaid if repaid before December 31, 2019.

MedMen said it is also planning the structured sale to a special purpose real estate entity focused on the cannabis sector of real estate assets it currently owns in key markets.

"MedMen has an unmatched track record of execution in this fast-growing industry," said Stable Road Chief Investment Officer Brian Kabot. "We are proud to facilitate MedMen's growth with capital that can enhance value for all stakeholders and we look forward to a long-term partnership." 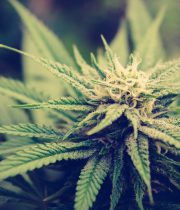