Home » Mark Bernberg Sits Down With Stockhead to Discuss the Cannabis Industry
Share this...

Mark Bernberg Sits Down With Stockhead to Discuss the Cannabis Industry For ASX-listed cannabis stocks, the 2019 bear market claimed more than a few scalps. The Green Fund's CEO Mark Bernberg sat down with Stockhead to give a prognosis on the industry at large.

And that's left investors thinking about where to allocate capital as companies work to prove out their business models in the still nascent sector.

To get an update on where the opportunities lie, Stockhead spoke this week with a number of professionals in the space — from investors to company CEOs.

As CEO of cannabis investment firm The Green Fund, Mark Bernberg has had a front row seat for the opportunities and challenges faced by ASX companies in the space.

While he pulled no punches when it came to the struggles of some listed players, Bernberg is still optimistic about they underlying direction of the local market.

"(Australia) is still the fastest growing prescription market globally, with significant increases in both patient numbers and prescribing doctors," he said.

"So even with the regulatory limitations and red tape, we're getting to a position where that growth is opening up treatment options for additional conditions such as anxiety.

"When we think about how that might increase the market exponentially, it becomes a more profitable outlook."

Across all the experts we spoke to, a general critique of the local industry is that too many companies have announced plans for large-scale manufacturing operations (supply) without giving due consideration to the demand-side.

Gaskell said the local industry had suffered from the notion that "if you build a football-sized production facility, they will come".

"One thing we've seen a lot over the past two years is things coming home to roost for some of those fanciful plans," he said.

"It kind of follows the Canadian model, where companies rushed to market and overcapitalised without realising their investable customer base is far smaller than they anticipated.

"What we always try to do is take that into consideration, and build facilities that have a direct commercial relationship to the addressable customer base we're chasing."

From its domestic base, Gaskell said ANTG had two main sales priorities, spanning the Australian medicinal cannabis market and export operations to Germany.

He added that if executed properly, there were still opportunities to gain from large barriers to entry in the sector. For example, ANTG is one of only 11 companies globally to have a manufacturing facility fully compliant with European good manufacturing practice (GMP) guidelines.

"I think what we've done sensibly is we've understood the barriers to entry for a legitimate size addressable market," Gaskell said. "There's only so many entrants or distributors you can have for a finite patient base.

"So the strategic focus around facilities is to understand where you investment's going to go, to enable you to meaningfully enter a market that you'll get market share within. And generally speaking, you do that by fulfilling quality and purity criteria."

Another entrant that sees positive trends in the Australian market is Canada-headquartered Compass Cannabis.

The company recently launched a $2m crowdfunding campaign to fund a push Down Under for its network of clinics that help patients get aligned with prescribing doctors and find the right CBD products.

Compass president Dave Martyn told Stockhead investors were rightly wary of cannabis stocks but like most nascent sectors, it was important to remember it moved in "waves".

"Cannabis got washed out but I think its poised for another wave because the narrative has actually fallen behind the fundamentals of some of these businesses," he said.

"We've seen some good public company reports out of Australia recently where the numbers are improving. Not to say everyone is outperforming but it's better than it was. I'd struggle to see those numbers getting any worse going forward."

Martyn also flagged the onset of more positive regulatory developments, with Australia's health regulator set to update the market in September about a move to introduce over-the-counter pharmacy sales for CBD products.

"As access increases, our bet is cannabis will continue to be a product people enjoy and want because it provides benefits," he said.

"We've seen that across the North American market. So I'm a believer that we're poised for that next wave up in growth of the actual industry, but we also think equity markets will follow."

While Bernberg shares the view that wheels on the ground are still moving in the right direction, he admits that it's "still a nascent industry".

And within that, investors have formed the view that it's "filled with far too many companies". In that environment, operating models have been forced to hold up to further scrutiny — and not all have made the cut.

Bernberg says that when assessing the space, investors should be on the lookout for two key metrics: cash at bank, and barriers to entry.

"What I'm looking for is companies with 'gas in the tank' (cash) and a path to real medical IP (intellectual property)," he said.

"Investor sentiment is low which means a lot of cannabis companies are still struggling to get access to capital. So you need a strong balance sheet that can survive the current environment."

"I also think the future of the Australian cannabis industry for the moment is still biotech related," he said.

ASX cannabis plays on the radar

"In that sense, Botanix Pharmaceuticals (ASX:BOT) is still a company to watch," Bernberg said.

"They're working towards phase-three trials but why I'm still so bullish on them is they have about $27m in the bank, which means they're covered for the next two years and that's a big thing."

ASX-listed MGC Pharmaceuticals (ASX:MXC) is another company trying to meet those criteria, as it balances clinical trials for a pharma-grade cannabis medicine with sales from its low-cost Mercury Pharma line.

"Where MGC is positioned is with a focus on the longer-term vision of completing an approved medicine," managing director Roby Zomer told Stockhead.

"Then the race is on for sales and revenues, which is why we opened the Mercury Pharma line. We're not investing in clinical studies on that product so we can deploy it straight to market."

"With ECS I don't like their hemp food division, but what they are doing is very soon they're going to have ability to do outdoor grows in Tasmania," he said.

A large-scale operation would allow ECS to bring their costs per gram (CPG) of production down to the 20-50c range, which Bernberg said compared well to the cost average in China which is around $2.50.

"If they're able to grow large quantities of medicinal cannabis, it makes sense because then you can add freighting costs into the export model and still make a margin," Bernberg said.

Stockhead covers emerging ASX companies and investment opportunities. They focus on resources, healthcare and technology – but cover companies in any sector as long as they have an interesting story to tell. How Have Pot Stocks Handled the Coronavirus? 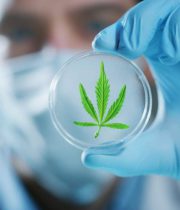 Our Top 3 Cannabis Biotech Stocks For 2020