Jacinda Ardern Refuses to Comment on her Referendum Vote, While New Zealand's Cannabis Industry is Set To Prosper if a 'Yes' Vote is Received.

Medicinal cannabis was legalised in late 2017 in New Zealand, opening up the opportunity for a conversation around the legalisation about the recreational use of weed. Clearly, New Zealand's Prime Minister Jacinda Ardern took this conversation seriously and has since implemented New Zealand's cannabis referendum, which is set to take place alongside their General Election on Saturday 17th October.

The referendum calls for a yes or no vote from New Zealanders on cannabis legalisation and must secure a 50% 'Yes' vote to be successful. Ardern does not plan to grant unlimited access to cannabis, however, and has developed a strict marijuana use policy if the bill goes ahead. The policy aims to protect potency limits, ban the consumption of weed in public places and a complete advertising ban. Further, the bill plans to distribute the newfound tax funds into health and harm reduction programs.

Causing much controversy and frustration in the media, Ardern refuses to comment on her position on the referendum. Ardern stated to the Greymouth Star, on August 12th 2020, "My vote, I see, is as good as my neighbour's vote and equal to theirs," reasoning that she does not wish to influence the public's decision.

Ardern wants to see the public lead the debate and have it free of party politics.Greymouth Star, August 12 2020

It is clear that weed is easily accessible and subject to widespread use across the country, suggesting that that criminalisation model has not effectively deterred use. This notion is affirmed by legalisation advocate Khylee Quince, director of Maori and Pacific Advancement at AUT, who understands that when the illegality of a substance is ignored by the majority of a country, the purpose of the law is not being met. Quince is critical of Ardern's silence on the bill, suggesting to reporters, that she is "being unnecessarily conservative. The hardcore 'No' voter is not going to be a Jacinda Ardern voter."

Helen Clark, Former Prime Minister of NZ, also suggests that the legalisation of recreational marijuana use in New Zealand provides an opportunity to end the racial bias present in the justice system that sees a disproportionate amount to Maori suffering criminal convictions for cannabis use.

With respect to cannabis, Maori are three times more likely to be arrested, charged and convicted.Helen Clark, Former PM of NZ

Clark indicates that a deep-rooted racial bias in the justice system could be challenged by the legalisation of recreational cannabis use.

A 'Vote Yes' campaign has also been spearheaded by New Zealand Drug Foundation executive director Ross Bell, who has significant concerns about the polls. The most recent UMR poll, commissioned by the Helen Clark Foundation, found 46% of New Zealander's in support of the proposed bill, and 44% opposed. Prior to this, the last six polls indicated a majority opposing the bill.

In light of an unpredictable referendum vote, the economic benefits of legalising recreational marijuana must be considered. Mr Bell indicated that undecided voters tended to give a yes vote after learning about the details of the bill, including the potential $490 million tax revenue New Zealand could pull in per year.

Peter Wilson, from NZIER, a New Zealand specialist organisation that conducts economic research and analysis, estimates that taxing cannabis could lead to $490 million in tax revenue a year. This expectation has risen greatly in light of the legalised medicinal marijuana industry taking on New Zealand, with 2018 figures only projecting $191 – 249 million a year.  Wilson estimates a 25% tax on cannabis, plus 15% GST on the excise-inclusive price. This estimate indicates a strong market for the cannabis industry in New Zealand. Businesses interested in investing in the potential New Zealand recreational cannabis industry will expect to utilise New Zealand's bilateral and multilateral trade deals for exporting cannabis, positioning businesses well for long term commercial success.

With such potential for growth in the New Zealand Cannabis market, international cannabis tourism could lend a hand to rebuilding the post-COVID economic climate. Further, established Australian Cannabis companies could take the plunge and expand their business to New Zealand.

Dave Martyn, president and founder of Compass Clinics, predicted the opportunity for expansion in New Zealand early, telling Stockhead "I believe Australia and New Zealand are the best international markets outside North America in terms of growth".

Compass Clinics offers its clients a "comprehensive medical cannabis experience from Canadian experts for Australian patients", a vision that could be expanded into the New Zealand landscape shortly. With its Canadian heritage, Compass Clinics entered a partnership with MediPharm labs two years ago to establish itself in Australia. MediPharm is also currently under a two year agreement for the export of pharmaceutical grade cannabis products into the medical cannabis market in New Zealand, pursuant to New Zealand Ministry of Health's Medical Cannabis.

The opportunity New Zealand's referendum offers for economic growth in the cannabis sector is a promising prospect of financial recovery from COVID-19. Companies like MediPharm and Compass Clinics, who already wish to pursue to New Zealand market, may soon be able to expand their business. 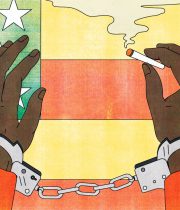 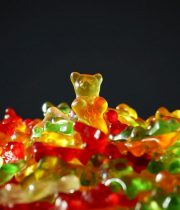 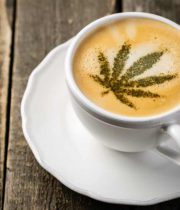