Home » Is Weed Legal in West Virginia?
Share this... The Southern state known as the Mountain State of America, West Virginia, is a part of the Appalachian Mountains region of the U.S.A. Bordered by Ohio, Maryland, Kentucky and Virginia, West Virginia is home to 1.815 million Americans.

West Virginia has a rich civil war history, as the state itself was created from breaking apart form a Confederate State in 1863. After breaking from the Confederacy, West Virginian pro-union Republicans imposed extreme penalties against those who had been dedicated to the confederacy; for example losing the right to vote. This has historically caused tensions between the confederates and the African American community in West Virginia, as those who had been penalised expressed their frustrations through racism.

West Virginia is has the highest opioid death rate in the U.S.A. This has brought much attention to the legalisation of marijuana debate, as organisations such as West Virginia Can't Wait (WVCW) insist the state "needs to use every tool at our disposal to reduce the number of opioid deaths". WVCW cites a study presented by Economic Inquiry in 2019 that demonstrates evidence of addiction reduction in states that have legalised recreational marijuana use.

The coal industry, which has recently been declining, is the among the main sources of employment in West Virginia. The Wall Street Journal reports that jobs continue to be hard to find in the state, and new economic avenues are desperately needed. This economic boost could come from the push to legalise weed in the state, but the question is – can you smoke weed in West Virginia?

Under West Virginia marijuana laws, cannabis use, possession, growth and distribution is illegal. You cannot smoke weed in West Virginia recreationally. Marijuana possession is a misdemeanour, carrying a penalty of 90 days imprisonment and a fine of up to $1000 for the first offence. Trafficking marijuana in West Virginia is a felony charge, punishable by one-year incarceration.

Republican delegate Mick Bates authored the House Bill 2331 to push through the legalisation of recreational cannabis in 2020. The bill seeks to legalise cannabis for people over the age of 21, permit them to possess up to an ounce, and provide a framework for counties to opt in or out of the legislation. Bates told Time News  "It is time we put the interests of West Virginians first ", and that the bill represented the majority interests of the state, claiming the "taxation, regulation, and decriminalisation of the personal possession of cannabis by an adult over the age of 21," was in the best interest of West Virginians. Bates is critical of the medical marijuana and hemp industries, claiming they are "unprofitable and unsustainable without a full cannabis program and they're digging a hole in our budget".

While it is not yet legalised, recreational marijuana suggests a solution to the anticipated $170 million budget shortfall West Virginia is projected to suffer. Further, West Virginia could save $17 million spent currently on enforcement of marijuana laws if Bate's bill was pushed through parliament.

When will West Virginia legalise weed is on the forefront of many residents minds.

Governor Jim Justice signed into law the West Virginia Medical Cannabis Act, SB 386, in April 2017. This was amended in March 2020, to include the sales of dry leaf or plant for marijuana for medical purposes. West Virginia's medical cannabis law allows for 10 growers, 10 processors and 100 dispensaries to operate in the state. The state received 199 dispensary applications and nearly 40 applications each for growers and processors, which at present are being reviewed.

Under the bill, patients may qualify for a medical cannabis prescription if they suffer from a terminal illness, cancer, HIV/AIDS and several other sever illnesses. The doctor must certify that the patient "is likely to receive therapeutic or palliative benefit from the use of medical cannabis", and the prescribing doctor must be certified with a four-hour training course.

However, a traditionally red and conservative state, West Virginia has had a hard time implementing the legalisation of medical marijuana in their state, being met with financial and political roadblocks over the last three years. Of particular note, is the intervention of West Virginia's federal prosecutor who has, according to advocacy group Marijuana Policy Project,  "exacerbated the problem by threatening to prosecute businesses that enter the medical cannabis space". Further, Matt Simon of the Marijuana Policy Project, called the US attorney "particularly aggressive", creating a situation "where no banks are willing to risk dealing with any aspect of the industry or the state's program."

Despite financial and political difficulties, cabinet secretary of the state's Department of Health and Human Resources, Bill Crouch, said the agency is "looking at making the product available in the spring of 2021."

In essence, medical marijuana is legalalised in West Virginia, but the implementation of the bill has yet to come to fruition.

Is CBD legal in West Virginia?

Hemp-derived CBD products are legal under Federal Law in the United States – and each individual state legislature can create laws governing this legal status. Hemp and CBD derived cannabinoids are not controlled substances or adulterants under West Virginian Law.

West Virginia House Bill 2694, signed by Justice in April 2019, asserts the legal status of hemp and CBD products. The legislation defined hemp as an agricultural commodity and clarified that hemp-derived cannabinoids are not controlled substances. House Bill 2694 also determined that products containing hemp-derived cannabinoids that are intended for ingestion are considered food products, and can be created, distributed and sold as such. 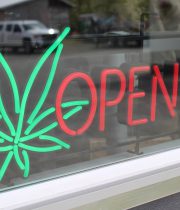