The country state that boasts the largest horse racing event in the US, Kentucky entices tourists with its soul-warming cuisine and vibrant southern hospitality. Known for its bourbon and whiskey distilling, the state originated what we know as moonshine and has become one of the biggest distributors of alcohol in the states. Its scenery cannot be compared to, offering vast desert expanses and gorges that offer a true American road trip experience.

The state is currently in the process of cannabis legalisation. Medical cannabis organisation in collusion with Kentucky representatives have been campaigning for the states recognition of cannabis and recent policy has made the movement more hopeful than ever.

After an arduous couple of years campaigning for some legalisation, Kentucky still remains one of the few states to acknowledge medical cannabis. This is not to say efforts have not been made to give patients basic access to medical marijuana.

As of 2021, Kentucky representative Jason Nemes introduced the 'House Bill 136', which focuses on establishing a well monitored medical cannabis program. This program would give potential patients the opportunity to qualify for a cannabis card. A later 'Senate Bill 92' was introduced which stipulates state demands in regards to cannabis business registry and cultivation licensing. The bill grants growers and medical cannabis company's cultivation, distribution, manipulation, possession and testing licensing. While both bills aim to provide patients with the most accessible and reliable medical cannabis system, the conditions for eligibility are quite vague.

Should the bills pass at both house and public level votes in Kentucky, patients that intend to qualify for a cannabis card must:

Speaking of laws that unduly restrict us from growth and innovation, it is time to legalize medical marijuana. Gov. Andy Beshear

While both bills were received with great success, the unfortunate circumstances regarding the COVID-19 pandemic and Kentucky's strenuous battle for cannabis legalisation meant the plans were temporarily vetoed. The pandemic made the already upward battle for cannabis legalisation even steeper in the United States, preventing advocates from distributing their message in large scale gatherings and protests as well as shifting the agendas of lawmakers from cannabis to COVID related policy.

Is Recreational Weed Legal In Kentucky?

Like many of its neighbouring states, Kentucky has no recreational cannabis policy. While there are alternative health stores that advertise hemp and CBD products, none publicly promote a place for recreational marijuana consumption. The state is known to producer marijuana, with 'Drug Science' advocates estimating a revenue of over $1 Billion in Kentucky's elusive marijuana exchange. The average cost of recreational marijuana (per gram) in Kentucky ranges between $10 and $30 USD

While it is illegal to consume recreational cannabis in any form within Kentucky, their laws are far more forgiving that many of the other states that are yet to recognise medical and recreational cannabis. Personal possession of up to 8oz carries a small fine of up to $250 and a possible short-term gaol sentence. Even the sale or trafficking of marijuana holds a maximum penalty of up to a year in gaol and a $5000 fine.

Are CBD And Hemp Products legal in Kentucky?

While medical and recreational marijuana might be illegal in Kentucky, tourists and citizens alike can enjoy CBD and hemp based products. Like many of the other states that have a harsh cannabis legislation, the state of Kentucky allows individuals to consume and utilise cannabis products that contain a THC content under 0.3%.

The introduction of the 2018 farm bill allowed for the production of CBD and hemp products to commence, even at a federal level. Steve Beshear introduced an earlier bill in 2014 that allowed individuals to consume CBD products without the fear of prosecution. Both bills increased hemp production exponentially, to the point where Kentucky has been recognised as one of the largest hemp producers in the US.

How Kentucky Could Benefit From Cannabis Legalisation?

The decriminalisation of cannabis in Kentucky creates the possibility for state-wide socio-economic and cultural prosperity. Particularly, the states cannabis related incarceration rates. In a study done by UCLA of 'Kentucky related marijuana incarcerations', it was estimated that over 6.1 million people were arrested on marijuana charges and the states average annual expenditure per inmate equates to $16,000.

The states' justice system is infamously known for its unfair sentencing of African-American people, making them almost 9 times more likely to receive a marijuana related charge over a white person under similar circumstances. Decriminalisation would dissociate the state from its known racially unjust methods of sentencing.

While generally most of the southern states have a long road to cannabis legalisation, Kentucky looks more hopeful than the rest. Kentucky's immense progress over the last decade has been more rapid than any other state, some of which have yet to even legalise Hemp products. The Kentucky 'Medical cannabis program', that was introduced last year would have already seen some traction had the COVID-19 pandemic not occurred.

Rep Rachel Roberts suggests that Kentucky would immensely benefit from a regulated cannabis system. The state is estimated to reel in over $100 million in revenue from such a program, making it more successful than some states that have had legalised cannabis for years. 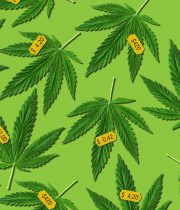