CHICAGO–(BUSINESS WIRE)–Cresco Labs Inc. (CSE: CL) (OTCQX: CRLBF) ("Cresco" or the "Company") one of the largest vertically integrated multistate cannabis operators in the United States, today released its unaudited financial results for the first quarter ended March 31, 2019. All financial information presented in this release is in U.S. dollars, unless otherwise noted.

"Since the beginning of the year, we have made significant progress on the vision we have laid out for building Cresco into the most important company in the cannabis industry," said Charles Bachtell, Co-founder and CEO of Cresco Labs.

"We have continued to execute well from an operational standpoint, generate higher levels of revenue in our existing markets, and deliver strong profit margins. Through our pending acquisitions of Origin House and VidaCann, we have also put a foundation in place that we believe will enable us to capture a leading share in the North American cannabis market."

Bachtell went on to say "We believe we have built the most strategic geographic footprint of any cannabis company in the United States, and now with the acquisition of Origin House, we will have the distribution platform to enable us to take market share in the largest and most important markets in the cannabis industry. As we continue to effectively execute on our strategic plan, we expect to create significant additional value for our shareholders."

First quarter 2019 operational gross profit2, before the impact of biological assets accounting, was $9.4 million, or 44.6% of revenues, compared to $2.2 million, or 43.6% of revenues, for the first quarter of 2018. The Company continued to see operational efficiencies in its established markets, slightly offset by the impact of new markets like Ohio, California and Arizona, where the Company expects margin expansion as these businesses scale.

Total expenses for the first quarter of 2019 were $17.7 million, compared to $2.1 million for the prior year period. Total expenses in the first quarter of 2019 included $3.2 million in expenses related to share-based incentive compensation, $2.5 million in acquisition and other non-recurring costs, and $1.0 million of depreciation and amortization. The balance of the increase represents significant investments in our team and operational infrastructure to drive strategic initiatives that better position the Company for future growth.

Net loss for the first quarter for 2019 was $7.6 million, compared to net income of $0.6 million for the prior-year period.

Adjusted EBITDA for the first quarter of 2019 was $0.8 million compared to $1.0 million for the prior-year period.

2 See "Non-IFRS Financial Measures" at the end of this press release for more information regarding Cresco Labs' use of non-IFRS financial measures.

Cresco references certain non-IFRS financial measures throughout this press release, which may not be comparable to similar measures presented by other issuers. Please see the "Non-IFRS Financial Measures" section at the end of this press release for more detailed information.

Cresco, based in Chicago, is a leading U.S. cannabis company with experienced management, access to capital and a demonstrated growth strategy. As a differentiated grower, processor and retailer of premium cannabis operating in seven states, the Company focuses on entering highly regulated markets with outsized demand potential and high barriers to entry. Its speed-to-market to date has given Cresco a distinct competitive advantage as it replicates its model to expand its national footprint. Cresco's proven ability to execute is complemented by a cutting-edge brand strategy spearheaded by several of the brightest minds in consumer marketing in the nation. Cresco's products are tailored to all major consumer segments: everyday cannabis, medicinally focused, connoisseur grade and chef inspired edibles by James Beard Award-winning pastry chef Mindy Segal. Learn more about Cresco at crescolabs.com.

4 Cannabis Brands You Should Get To Know

Is This the Biggest Barrier to a Medical Cannabis Prescription in Australia?

Is MGC Pharma Sitting on a Potential Treatment for COVID-19?

How Cannabis is (An Alternative) Medicine 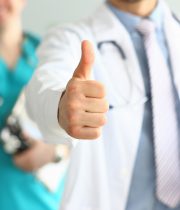 Be a Part of The Growing Cannabis Movement