Aurora Cannabis already is one of the biggest players in global cannabis industry. However, CCO Cam Battley claims that things are only just beginning to heat up.

Aurora Cannabis (NYSE:ACB) is one of the world's largest cannabis companies, with headquarters located in Edmonton, Canada.

The company is vertically integrated and horizontally diversified across every key segment of the value chain, and currently shows a funded capacity in excess of 625,000 kg per annum, along with sales and operations in 25 countries.

Each of Aurora's cannabis cultivation and production facilities is built to meet European Union Good Manufacturing Practices (GMP) standards, with certification having already been granted to its MedReleaf Markham facility and Aurora Deutschland.

However, here at The Green Fund we believe that a company is only as good as the management team behind it. Luckily for Aurora investors, one of the navigators steering the ship is Chief Corporate Officer (CCO) Cam Battley.

To learn more about this market-leading company, we recently sat down with Battley for an exclusive interview.

Prior to working with Aurora Cannabis, Cam Battley's career had been focused entirely on the global biopharmaceutical industry.

During this period Battley worked for a variety of different companies including Eli Lilly Pharmaceuticals, Bayer and Pfizer.

However, in 2014 he was contacted by a former colleague from his Eli Lilly days—who was now a member of the Board of Directors for Bedrocan Canada—asking him to investigate the endocannabinoid system. From there it "a matter of hours and the light bulb went on over my head".

"It extends from pain management to multiple sclerosis and epilepsy, bowel disease, certain anxiety disorders, and on and on and on and on. What struck me once I started to do this research was that cannabis could potentially become the most broadly therapeutically useful substance in medicine today," Battley said.

"Ten years ago, if you asked any physician anywhere what's the most broadly therapeutically useful substance, virtually 100% of them would have said aspirin, which makes sense. It's got multiple mechanisms of action; it can be used for pain relief or fever or anti-coagulation. Yet today, a very fair claim could be made that the most broadly therapeutically useful substance is cannabis." – Aurora Cannabis CCO, Cam Battley

After that, Battley said that he was "all in" when it came to medicinal cannabis. He would subsequently go on to work with Bedrocan Canada—which would eventually become part of Canopy Growth—before joining Aurora Cannabis at the beginning of 2015.

Since then, Aurora Cannabis has been on a rocket ride. The company now has the largest global footprint of any cannabis company—operating in 24 countries worldwide—and has seen its workforce expand from 35 employees to almost 2,900 worldwide in just few short years.

And the company sees big things on the horizon. According to Battley, Aurora has a number of "big catalysts coming" over the next 12 months, which are likely to drive considerable movement in the share price. The company has also been hitting many of its key performance indicators, and is in the process of growing its cannabis sales across all distribution channels.

This expansion will be of crucial importance for Aurora going forward, as the company believes that, "over the next 18-24 months the critical success factor in this industry is going to be the ability to produce and sell a very large quantity of cannabis successfully via multiple distribution channels."

"So among the catalysts that we're looking forward to in the coming weeks and months are further expanding our presence in the United States. In a way, we already have a US presence, because we created a spinoff company called Australis, and we spun that off to our shareholders like a dividend.

"Now, since the farm bill passed, there are new opportunities in CBD, and there will be further opportunities as the US continues to liberalize. We will be in the US in a very, very major way. Any globally leading cannabis company worth its name is going to have a powerful presence in the US, as well as other key markets around the world, such as Europe and Latin America and Australia," Battley said.

The Sky's the Limit

Aurora has also been working diligently to establish partnerships with companies in mature industries, and has been seeing "tremendous interest" in tapping into the potential of cannabis to open up new markets.

Additionally, the company's two new sky class facilities—Aurora Sky in Edmonton and Aurora Sun in Alberta—are also expected to act as another big catalyst in the coming months.

Battley says that this because both sites are unique to the industry, as Aurora are "the only ones in the world" who have built mass scale indoor cultivation and production facilities that incorporate a glass roofing structure, allowing the company to harness the power of the sun.

The Aurora Sky facility also features a level of automation and robotics that will make it "the most advanced agricultural facility of any kind anywhere in the world". As a result, the Sky facility's production efficiency per square foot has now become the highest in the global cannabis industry.

However, the Aurora Sun facility in Alberta could make an even bigger splash once fully operational, as the 1.6 million square foott site is double the size of Aurora Sky.

"Between those two facilities alone, we're going to produce over 330,000 kilograms of cannabis per year. Then the third of these Aurora sky class facilities is in Odense, Denmark, and that's also under construction. That will be to serve the Scandinavian and European market," Battley said.

"We've created some of the best cultivation technology in the world, and as a result that allows us to produce at mass scale with super high-quality flower at ultra-low per gram cost. That's well under $1 per gram."

"We manage to achieve all of those objectives without compromise. So that's the catalyst coming. There's also additional geographic expansion to parts of the world that we're not in yet, but that's happening so quickly too. I described cannabis as a global megatrend, which is … I define it as a rapid change in society, law, and business. It's sweeping the world."

"Now there are more than 40 countries that either have a medical cannabis system in place, or are in the process of creating one. It's our intention to participate wherever cannabis is legal on a national basis. Wherever it's legal and regulated, we're going to do it, and we're going to do it right."

The company also believes that it will remain insulated from the upcoming "tsunami of oversupply" that industry experts will hit the market in the next few years, as only a tiny fraction of the market is capable of producing cannabis to GMP standards.

In fact, thanks to rapidly expanding markets like Australia, Aurora expects that the world's appetite for safe, regulated, legal cannabis will only continue to grow.

"Australia has already got the news and Australia is already doing the right thing," Battley said.

According to Battley, Aurora expects big things from the Australian market, especially now that the government is beginning to get on board.

The Federal Minister for Health, Greg Hunt, has even begun promoting Australia as a cannabis "export powerhouse".

"Asia is just starting to open up, and from my perspective, I think there's a huge opportunity for Australia to be a world leading exporter of high quality, well regulated, trusted medical cannabis," Battley said.

"And not just dried flower, but all the formulations you could think of, from oils to capsules and tablets and different inhaled formats. We're developing sublingual wafers. You name it."

Another factor working in Australia's favour is the "regulatory expertise" that has been generated as a result of its tightly controlled regulation of medicinal cannabis, which Battley says is of incredible value and demand worldwide.

As a result, the company predicts that Australia will develop a "very significant and sizeable market"—that is comparable in size to Canada's—and eventually become a world leader in the cannabis sector.

"If you take a look at the consumer legal states, there's some pretty consistent patterns that emerge, and the top categories or market segments are dried flower—still at number one in virtually every state—then vape pens, and then concentrates and edibles. So that's where we're going first. We'll be in everything, though. We'll be in every segment of the market, and that includes beverages. I think beverages are going to be very exciting."

Aurora also expects to see big things from Canada later this year, once edibles, extracts and concentrates are made legal in October. The company has already begun seeing a growth in the consumer market, which they expect to continue as new form factors become available.

According to Battley, the total size of the cannabis market in Canada could soon range from $10-$15 billion per year, while also serving as an ideal test bed for future global markets.

"I think other countries in the future will follow Canada's lead. They will take a look at the reasons why Canada legalized, starting with removing or migrating those patients to a legal, regulated system, which is safer," he said.

"And also reducing youth access, which is something that's very important to me, because I've been a scout leader and a soccer coach for 10 years. I think that over time other countries are going to start to look at the Canadian experience, realize that it's been beneficial on a number of levels, that it's been good, solid public policy, and I think they will follow suit. "

"So, to the extent that Canada, on a national level, is able to be an innovation lab and a test market, I think this is of immense value to the cannabis sector globally."

As a result, Aurora will also be taking a "different approach" to partnering, as the company does not want to give up control to a distiller or tobacco company.

Instead, they will be focusing on targeting companies in multiple different verticals for potential partnership opportunities.

It's not hard to understand why Aurora Cannabis is an industry leader in the global cannabis market, as the company's production capacity is miles ahead of its competition in terms of scale and quality.

Although the price of the stock may seem high—with shares trading at 5.66 as of 4 September—the company's worldwide reach, lower production costs, and ongoing sales growth give them a better chance than most of conquering the cannabis market.

And investors can likely expect significant movement from the share price in the coming months, as a series upcoming market catalysts finally begin to arrive.

So you'd better get in quick, before the Aurora Cannabis rollercoaster really starts to pick up speed.

Australian Cannabis and Alcohol Consumption Has Risen During the Coronavirus Pandemic Cannabis Use is Climbing Among Older Americans 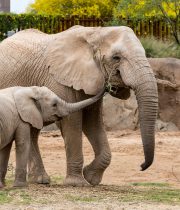 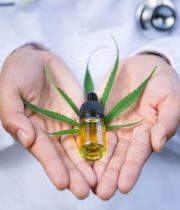