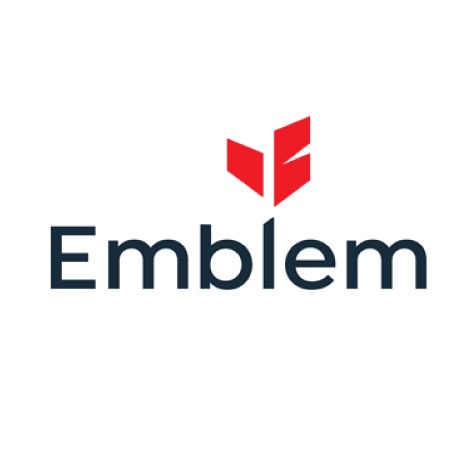 Emblem Corp. (TSXV: EMC, OTCQX: EMMBF) ("Emblem" or the "Company"), a licensed producer of medical cannabis under the Access to Cannabis for Medical Purposes Regulations ("ACMPR"), today reported financial and operating results for the three and six months ended June 30, 2018.

"We remain steadfastly focused on executing against our plan and building a sustainable business that will drive long-term value for our shareholders. Our second quarter results are a testament to this mission."

Highlights for the Second Quarter of 2018

Highlights Subsequent to the Second Quarter of 2018

During the three and six months ended June 30, 2018, total revenues increased by 180% and 93%, respectively, from the prior year's comparable periods.  The increase in revenues was a result of the commencement of oil sales during December 2017 and higher patient education revenues.

Mr. Dean explained: "Demand for our medical cannabis products significantly increased period over period, further driven by our oil extracts released at the end of 2017. We have established Emblem as a trusted brand in the medical cannabis space. We are supporting our registered patients with additional cannabinoid oil profiles and new size formats including 30ml bottles, in addition to the original 60ml bottles. In addition, we anticipate launching our new metered-dose controlled oral sprays during the third quarter of 2018."

Prior to December 2017, the Company did not sell cannabis oil products as it did not receive its sales license to sell cannabis products until late 2017.

Gross profit (loss) for the three and six months ended June 30, 2018 was a gross loss of $159,000 and gross profit of $23,000 compared to a gross loss of $nil and $89,000 for the prior year's comparable periods, respectively. Higher revenues and unrealized gains on changes in fair value of biological assets were more than offset by production costs as operations ramped up and costs relating to inventory sold as sales volumes increased.

General and administrative expenses increased primarily due to the continued build-out of the Company's management team, as well as higher business development, legal and consulting fees incurred in connection with various strategic initiatives the Company is pursuing across cultivation expansion, product development and distribution. Higher selling and marketing costs were due to brand development, brand awareness and media campaigns, to support the launch of the Company's new adult-use recreational brand Symbl, in anticipation for the legalization of cannabis on October 17, 2018.

Emblem, through its wholly-owned subsidiary Emblem Cannabis Corporation, is a fully integrated licensed producer and distributor of medical cannabis and cannabis derivatives in Canada under the ACMPR. Emblem's state-of-the-art indoor cannabis facility and research and development laboratory is located in Paris, Ontario. Led by an experienced management team of healthcare executives, accomplished marketing professionals, and cannabis experts, Emblem is focused on driving shareholder value through product innovation, brand relevance, and access to patient and consumer channels. Emblem is also the indirect parent company of GrowWise Health Limited, one of Canada's leading cannabis education services. Emblem trades under the ticker symbol EMC on the TSX Venture Exchange and EMMBF on the OTCQX Best Market.