Home » Does Smoking Weed While Pregnant Impact The Child?
Share this...

Does Smoking Weed While Pregnant Impact The Child? An emergent study from the University of Saskatchewan seeks to analyze the impacts of cannabis use while pregnant on the brain of the fetus.

Is cannabis safe to use while pregnant?

This is a question that the University of Saskatchewan pharmacologist Robert Laprairie seeks to answer through a recently acquired research grant from Brain Canada, which will allow him to determine the effects of a mother's consumption of cannabis upon the unborn child.

The study comes amid the growing popularity and legalization of medical cannabis which has shown benefits in treating epilepsy, chronic pain, cancer pain, inflammation, and early evidence has suggested cannabis and CBD can treat several other conditions.

Moreover, amid the growing chronic pain epidemic, and the correlated prescription of opioids, cannabinoid medicines may provide a less addictive and less-lethal choice of medicine for patients that suffer from chronic pain and other similar conditions.

On his reasoning behind the study, Laprarie stated that "Following on Canada's legalization of cannabis in 2018, there is merited concern that people might seek out cannabis either for medicinal or recreational use during pregnancy."

However, Laprairie went on to say that he isn't expecting to find zero negative effects of cannabis use while pregnant.

"There's a general misconception among the public that because it's natural, it's safe. But it's a drug just like any other drug."

The test will be initially performed on rats, given a chronic exposure to high-THC cannabis, which Laprairie and others hypothesize will increase the baby rats' anxiety, sociability, and cognitive capacities.

"We think we're going to see a profound impact on how anxious the animals are, and how well they learn and adapt," Laprairie said.

The team from USask will be using an inhaler to deliver the cannabis to pregnant rats for 3 weeks, and will then analyze the rat pups upon birth, examining their weight and growth and fat levels, as well as their likelihood to develop a substance use disorder.

On the similarities between rat pups and humans, Laprairie said "

"[Rat pup] brains go through many of the same developmental processes, and their metabolism of the drug and how their bodies physically respond to the drug are on the order of 95 per cent homologous with our human endocannabinoid system."

"What we as a team are hoping for is that individuals, policymakers, Health Canada, and health regions will take note of the data we've published and integrate it into their policy to recognize and caution people about avoiding cannabis during pregnancy," said Laprairie.

"We're developing many different cannabis-based medicines. And one of the most important things about a medicine is that you know which populations it shouldn't be used in." 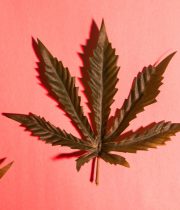 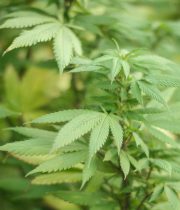 What a Difference a Year Makes: MMJ Exclusive Interview New York Taxi Drivers Will No Longer Be Tested For Weed

4 May 2 min read
Leave a Reply

Despite passing in Minnesota's House of Representatives, a bill seekin...

A team at the University of Adelaide has received $1.5 million in fund...

We sat down with Michael Curtis, the Director of Parallax Ventures to ...

The proposed cannabis facility is expected to generate over 1,000 jobs...