As it gears up for its first hemp crop in the US, CropLogic (ASX: CLI) has selected three seed varieties with "superior genetics" that are known for their resilience, CBD content and a proven record of successful growing in the region.

The varieties include T2, Midwest and Berry Blossom and come from companies with good reputations in Oregon where they will be planted.

"CropLogic has moved quickly to secure superior genetics that have a history of producing superior grades."

With hemp biomass sold based on CBD content, CropLogic explained that higher CBD yields increased the bottom line and were a priority when selecting seeds.

The industry standard is that buyers will pay a dollar amount per CBD percentage point.

CropLogic revealed that 900,000 pounds biomass with at US$4.00 per CBD percentage, the crop would generate US$36 million – assuming that the CBD yield averaged 10%.

T2 was procured for its high terpene production and CBD yields between 11% and 16%.

"The plant has tremendous structural integrity and can withstand the elements," the company noted.

Additionally, the seed was successfully grown across the US last year from Oregon and Nevada to Wisconsin and New York.

According to CropLogic, the Midwest seed has exception mould resistance and produces a "very robust" plant.

The plant has intense terpenes and an earthy pine scent, with CBD content peaking at 14% around week five and stabilising at 12.5% in later weeks six-to-nine.

Meanwhile, the Berry Blossom hemp seed is believed to have consistent yields of 13% CBD.

The seed was purchased from a Colorado seed company, with Colorado joining Oregon as one of the three top hemp producing states in the US.

CropLogic plans to begin planting its seeds between May and June, with harvesting scheduled for September and October, with sales to follow shortly after.

The company has also appointed specialist staff to interpret drone images and has been approached by other growers in the region regarding its existing agtech capabilities and drone technologies.

CropLogic anticipates other growers will purchase its technology, offering a gateway for the agtech business in the region.

"With our agronomy expertise and our other agtech products such as CropLogic realTime, infrared aerial imagery provides the ideal technology stack to assist growers to optimise yields," Mr Barclay added. 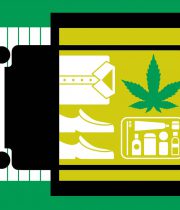 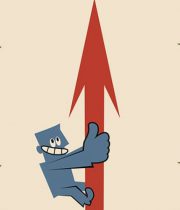