Home » Cannabis Stocks – The week's bulls and bears
Share this...

The week's big winners were Canopy Growth (NYSE:CGC) up 13.82% on the back of their entry into the US Hemp market, Australian Cann Group – on significantly higher volume – traded 12.68% up and Grow Generation traded almost 10% up.

The week's big losers were KushCo Holdings, 23% down, on the back of their disastrous capital raise (more on that below), Terra Tech down 25%, and Tilray, who even after a near 20% drop, still look really, really overvalued. Although, in a positive light, Privateer Holdings (who own more than 75 million shares) announced this week their commitment to not sell any of their lock up-released shares.

Macro view this week is that the market continues to recover following the near armageddon pullback in November and December.

We wrote at the time, how we felt tax-loss selling was really impacting the market, and the new year (in North America) seems to support this thesis.

We do not believe this to be a dead cat bounce (described as a bounce post a massive decline, that is short-lived, and is followed by the continuation of the downward trend) as The Farm Bill of 2018 really has laid the foundation for significant growth on all fronts in 2019.

Canopy Growth (NYSE:CGC) announced their entry into the US Hemp market with a $150 million investment in a hemp production facility in New York. Here we go…Canopy is officially in the US – another reason why the Farm Bill of 2018 was so important.

Speaking of Hemp CBD, this week Charlotte's Web (CSE:CWEB) announced a 10x increase in their harvest yield. Now operating over 300 acres of planted trees, Charlotte's Web has significantly increased their footprint considering in 2017, that number was only 70 acres.

The vertically-integrated Hemp-CBD producer delivered a 675,000 lbs (307,000 kgs) harvest, and with their focus on quality control and increased margins in 2019, this is one of the best-placed companies to really leverage the coming Hemp-derived CHD boom.

This week KushCo Holdings (OTC:KSHB) announced a $34 million stock offering at $5.25 per share with a half warrant per share of $5.75 with a vesting period of 5 years. This was at a significant discount to their current trading price ($7.03) and put massive downward pressure on the stock.

The market considered this a terrible capital raise and spoke with their seats. We don't believe this creates any long term issue, and the stock should recover. A good entry point for investors looking to take a position.

MPX Bioceutical (OTC:MPXEF) shareholders unanimously approved the iAnthus merger. A no brainer in our opinion. This is a deal we are very bullish on. Simply speaking, iAnthus lacked revenue and a strong brand in the market, and MPX lacked management depth and capital access. Coming together creates one of the largest MSO's.

Aurora Cannabis (NYSE:ACB), the world's second largest cannabis company, this week announced their purchase of Whistler Marijuana Medical for CAD$175 million in an all-stock deal. The immediate conversation turned (once again) to Aurora's shareholder dilution through another stock-based purchase, however, most agreed this was a smart move.

Comparable to Aphria's purchase of Broken Coast in 2018, Whistler adds low-quantity, but high quality and premium priced cannabis to the Aurora family.  The British-Columbia craft grower, which can produce about 5,000 kg per annum of organic cannabis, could well be seen as a replacement for The Green Organic Dutchman (CSE:TGOD), remembering they declined to take up their option to increase their shareholding in TGOD. Another nail in the TGOD coffin in our opinion, and a fair-priced, smart purchase, on Aurora's part.

Aphria (NYSE:APH) delivered their September to November 2018 quarterly results and they were troublesome, to say the least. Revenue of CAD$24.52 million was nearly 45% below analysts' estimates. What was alarming to note was the size of their Deferred Earnings. Deferred Earnings are defined as revenue that has been pre-paid, but not fully delivered. In other words, Aphria should have already delivered these orders in order actually book the revenue. This indicates one of two things; they do not have the actual production capacity or their delivery systems are not operating efficiently.

In their defense, the second reason is one that almost all of the Canadian LP's are facing. It is most likely the first reason, given the significant delays in the completion of the Aphria One and Diamond facilities. When complete, these facilities will bring Aphria's production capacity to over 255,000 kgs per annum. This capacity was scheduled to come online in Q1 this year. Aphria is now saying Q4. Not good at all.

Embroiled in the short-short-report on their Latin America assets, the announcement also included the news that Vic Neufeld (CEO) and Cole Cacciavillani (Co-founder) are stepping down from their executive roles.

"The last five years have been incredible. But to be brutally honest, this journey has taken a toll on my health, family and other priorities."

Do we believe this – no, not really. This is a good thing for the company, as Neufeld, in particular, has shown on more than one occasion, that he is driven by self-enrichment. We continue to watch from the sidelines.

And we'll wrap the week up with news out of the US. Attorney-General nominee William Barr, when questioned by members of Congress stated that although he was not in any way pro-legalisation, he is a believer in the Cole Memo and the rights of the individual States to manage their own legalisation policies. Former Attorney-General Jeff Sessions tore the Cole Memo up in January. The jury is out on William Barr and whether he is good or bad for the marijuana industry. 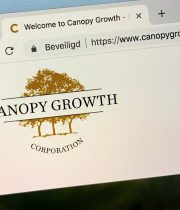 Should you be buying Canopy Growth in 2020? 4 Sparks That Have Ignited The Cannabis Industry in 2020 Medical cannabis approvals in 2019 power through the 25,000 mark