Home » Cannabis Researcher Awarded $7.4 Million in Grant Funding by US Government
Share this...

Cannabis Researcher Awarded $7.4 Million in Grant Funding by US Government The funding will be used to investigate the potential use of cannabis as a pain management substitute for opioids.

The research director of the University of Los Angeles (UCLA) Cannabis Research Initiative, Ziva Cooper, has just been awarded a $3.9 million federal grant from the US government to investigate whether cannabis can be used as a feasible replacement for current opioid-based therapeutic treatment models.

The research grant was awarded by the National Center for Complementary and Integrative Health at the National Institute of Health (NIH), which is huge news as it implies that federal government is beginning to view cannabis as a legitimate healthcare option.

And this isn't the first time that the NIH has provided Cooper funding to study the medicinal potential of cannabinoids, as she was previously awarded $3.5 million in late 2019 to asses the plant's pain-relieving effects.

Specific chemicals in the cannabis plant taken alone or together may be effective options with minimal side effects — placebo-controlled studies to explore this urgent area of research are desperately needed.

As a result, she has now received a combined $7.4 million in funding from the federal government to research cannabis. Cooper and her team will now investigate the interaction between terpenes and THC as part of their new study, as they believe it may hold the key to reducing ongoing patient pain.

"Chronic pain is a significant public health burden and there are few effective treatments that lack the adverse effects that limit use," Cooper said.

The UCLA research team will examine several terpenes—including myrcene and ß-caryophyllene— which will be tested with THC to determine the potential dosage needed to effectively manage pain.

The grant will be awarded to Cooper over a period of five years, which should allow the scientist to significantly further her research into the effects of cannabinoids.

Cooper also believes that the findings from these studies could address a significant public health issue, by providing a new avenue to address the ongoing opioid crisis. However, she also stated that these trials will have several key limitations, particularly in regard to the lack of double-blind placebo modelling.

"[Previous studies] have a limited duration of hours, not days or weeks. Additionally, the cannabis used in the studies was far lower in strength compared to what is in dispensaries now. It was 1 to 9.4% THC with no CBD. The strains in dispensaries now are over 30% THC," Cooper said.

"There does seem to be a suggestion that opioids and cannabis, specifically THC, can act synergistically to have a pain-relieving effect. However, we need to be very mindful of the adverse effect and figure out strategies to capitalize on the synergies we see with pain relief while decreasing intoxication."

"Perhaps instead of smoking cannabis, [patients] can take capsules, which have already been shown to produce decreases in intoxication and abuse liability. BCP [also] acts similarly as CBD to reduce abusive potential of opioids. That gives promise to BCP as a potential therapeutic."

Dan Bilzerian vs Mike Tyson – Who Will Emerge as the Heavyweight of Cannabis? 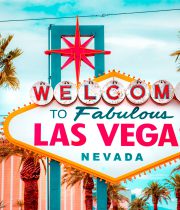 22 May 5 min read
About Cannabis