Boris Johnson, the newly elected prime minister of the UK, has gone back on his public promise to review the current laws on the use of medicinal cannabis for children suffering from cases of epilepsy, leaving Scottish MP's furious.

In 2018 the case of Billy Caldwell took over UK news. Billy's family was attempting to get the attention of the Home Office to allow a physician to prescribe the 12-year-old cannabis oil, that contained THC – a substance that was banned in the UK at the time.

This oil was to help with Billy's seizures after being admitted to the hospital. Billy's case was a turning point for medicinal cannabis in the UK as this was the first time it had been prescribed since being made illegal in 1971.

Since then activists and carers of those affected by epilepsy have fought hard to make the medicinal cannabis treatment available for all. During the general election, patients could only hope for the new PM to have a more open-minded stance on the future of cannabis in the UK.

Back in October 2019 the Prime Minister declared he was committed to personally examining the current position of medical cannabis in the UK with Scottish National Party MP and Vice-chair of the All-Party Parliamentary Group (APPG) of Medical Cannabis, Ronnie Cowan.

The Scottish MP asked the Prime Minister why families are still struggling to access medicinal cannabis for their children, despite the Government claiming it would be available on the NHS at no extra cost.

"I think it is right we have changed the way we do things. The chief medical officer and NHS England have made it clear that cannabis-based products can be prescribed for medicinal use." Said Prime Minister Johnson.

"It must be up to doctors to decide when it is in the best interests of their patients to do so."

However, over two months later, and Boris Johnson is yet to personally address the issue and Ronnie Cowan has been offered a meeting with a junior health minister.

"Maybe most disturbing is not that I have been pushed down the pecking order, but that it will have taken 78 days to get this far," Cowan explained as his initial question was directed at the Prime Minister.

"He indicated at the time that he 'will take it up personally with him.' I would have preferred a conversation with him directly but these are the hoops that opposition backbenchers like me have to jump through."

Despite being available for prescription on the NHS the drug is not easily available or affordable for many. This is the main reason why black market sales remain the most common way of obtaining the drug in the country.

Ronnie states that in the coming year he will be "pushing for a timetable of events that will train GPs in the use of medical cannabis, license products that are already being imported and used "

As helping develop more medical products for a wider range of conditions and "provide medical cannabis on prescription free under the NHS."

"Those who are currently sourcing medical cannabis either illegally or legally, but at great expense, face up to their conditions every day and every night. Any and all delays hit them hardest and yet they are the very people who are being ignored" said Cowan.

Medicinal cannabis treatments seem to be an ignored issue in the UK, those seeking it for treatment will continue vocalizing their cases and can only hope that under the new PM there will finally be some changes in the prescription and distributions of the medicine. 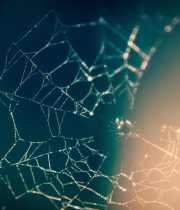