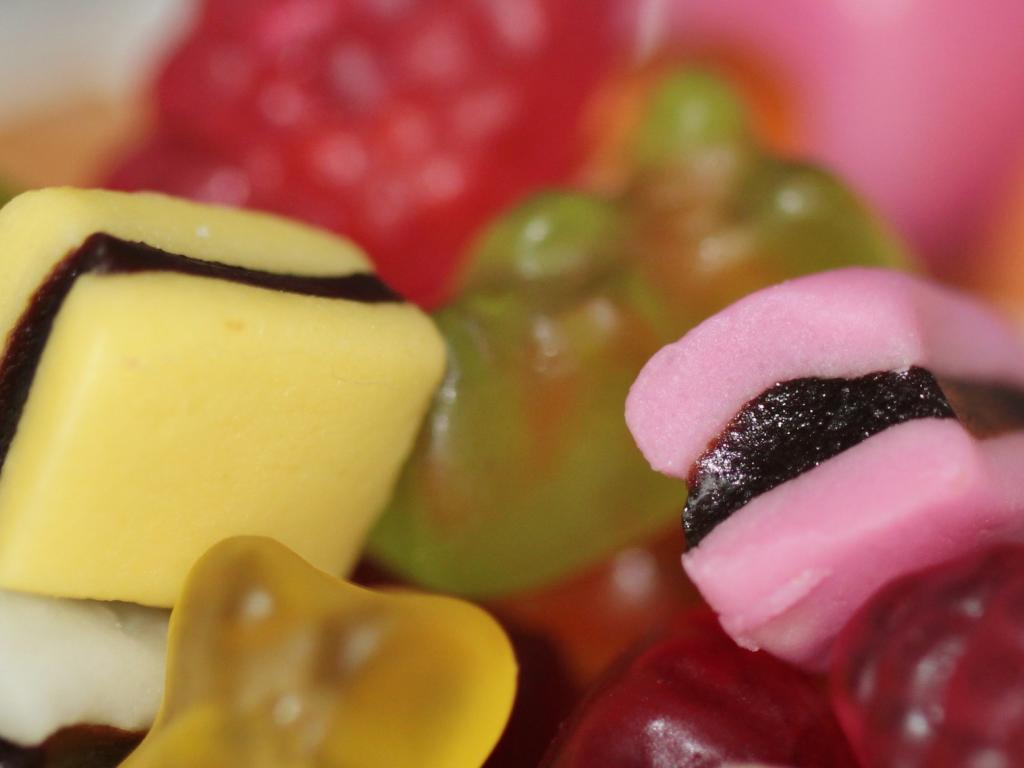 Aurora Cannabis provides an update on the company and Aurora's rollout of cannabis 2.0 products across Canada.

Aurora Cannabis Inc. (TSX: ACB), the Canadian company defining the future of cannabis worldwide, today provided an update on the readiness of its operations with the introduction of new product formats, recent industry recognitions and updates to existing operations. As a global leader in cannabis revenues, cannabis production, research, innovation and international market development, the Company intends to provide regular updates to its stakeholders in an effort to demonstrate continued transparency and disclosure.

"We have focused our collective efforts to be ready for the successful launch of Cannabis 2.0 as Canada takes the next step in the legalization of newly allowed product forms," said Terry Booth, CEO of Aurora.

We are ready and have launched a diversified portfolio of new product formats and are excited for Canadians to have access to high-quality, safe alternative cannabis products such as edibles, vape pens and other derivativesTerry Booth, CEO of Aurora.

"We have prudently deployed capital and we believe that we're ready with the appropriate combination of technology, scale and consumer insights to have the right products on store shelves in a timely fashion. This was not an easy task and I would like to thank the entire Aurora team for their collective efforts in getting 2.0 across the goal line in time for our provincial regulators."

Aurora has taken steps to proactively rationalize capital expenditures, reduce near term debt and bolster liquidity in an effort to position the Company for the long-term success. The previously announced deferral of construction and commissioning activities is expected to conserve approximately $200 million of cash in the near term. Aurora believes that its existing assets are sufficient to meet current demand at a low cost per gram. The company expects to have the flexibility to ramp up projects as global demand dictates.

In late November, the Company also retired $227 million of the $230 million 5% unsecured convertible  debentures that were due in March 2020 with the issuance of shares and thereby preserving cash. Aurora continues to evaluate multiple sources of capital and currently has access to undrawn capacity under a CDN$360 million credit facility with a syndicate of banks, in addition to its US$400 million at-the-market ("ATM") equity distribution program.

The Company has commenced shipments of initial orders received to 10 of Canada's provincial regulators of Cannabis 2.0 products following December 17, 2019, however most Canadian consumers will likely not see these products on retail store shelves until early January 2020 due to varied retail operations across the country. Patients can now immediately access a variety of the new product formats.

Initially the Company is providing a variety of CBD and THC vape and edible products, such as gummies, chocolates, baked goods and mints. These new cannabis products are being produced at Aurora Sky in Edmonton, Alberta, Aurora River in Bradford, Ontario and Aurora Vie in Pointe-Claire, Quebec. These centres have been outfitted to provide centralized production, packaging, logistics and distribution capabilities. The Company has prioritized its resources to prepare for a successful initial launch and has built inventories to support an ongoing replenishment strategy to help ensure consumers across Canada have access to a diverse portfolio of high-quality derivative products.

The Company encourages Canadian consumers to review Aurora's "Ready for Edibles" campaign, which aims to educate consumers about the responsible consumption of cannabis edibles. The campaign can be seen at cannabis retail outlets across Canada.

Aurora commends Premier Ford, Minister Downey and the Government of Ontario for committing to improving the province of Ontario's cannabis retail environment through the open allocation of retail cannabis licensing. The new policy is expected to see the removal of the cap on the number of private cannabis stores in the province as well as thoughtful pre-qualification requirements.

"We applaud this positive step by the Province of Ontario to provide a retail environment which is conducive to a successful system that provides Canadians with safer, regulated cannabis products," said Terry Booth, CEO of Aurora.

Aurora is pleased to announce that Rick Savone has joined the company as Senior Vice President of Global Government Relations. In this new role, Rick will oversee Aurora's relationships with governments around the world, helping them to create regulations that will allow greater access to medical cannabis products for patients. Over the course of his career, Rick has developed deep government relations experience, most recently as the Director-General for Global Affairs Canada. Prior to that, Rick was Canada's ambassador to Brazil and has held various other senior-level positions with the Department including as consul general in Shanghai.

Aurora has received the very first approval from the Danish Medicines Agency for the import of the Company's Sedamen Softgel capsules into Denmark. Aurora is currently working to obtain an export permit from Health Canada and expects to complete the first shipment from its Aurora Ridge facility in Markham, Ontario in the first calendar quarter of 2020.

On December 2, 2019, Aurora announced that one of the Company's oil products has now been approved for use under Ireland's new Medical Cannabis Access Programme ("MCAP"). Aurora's High CBD Oil Drops received approval from the Irish authorities and have now been added to a regulatory schedule by the Irish Minister of Health enabling importation, prescribing and supply under the schedule and is to date, one of only two products to gain such authorization.

The Company's flagship retail store official opened on November 27, 2019 in North America's largest shopping mall. At approximately 11,000 square feet, the location in the West Edmonton Mall combines a retail cannabis store that showcases Aurora brands and an immersive experiential space for cannabis education, events and community engagement. With more than 30 million visitors to the West Edmonton Mall each year, Aurora's flagship is already seeing a combined average of 700 visitors per day. On average, 94% of visitors to the cannabis and accessories store make a purchase. Thus far, the top selling cannabis products have been Aurora's Hybrid and THC Pre-Rolls, Whistlers organic products and the Company's popular cultivar, LA Confidential. To learn more about Aurora's new flagship store, please click here.

Whistler product is in strong demand from both medical and consumer markets, and its craft production commands a premium brand position and pricing. The additional capacity of the Pemberton facility is expected to enable Aurora to increase the availability of Whistlers organic certified dried cannabis, hand-rolled joints and cannabis. Whistler expects to introduce a new line of organic certified hashish and live rosin cannabis extracts soon.

Aurora Nordic 1, the Company's 100,000 square foot facility located in Odense, Denmark, with a production capacity of 8,000 kg per year of medical cannabis, recently received a processing and drying license. Aurora has also completed the requisite filings to obtain EU GMP certification of the facility, and expects to receive approval in the first calendar quarter of 2020, which will allow for sale to patients across Europe.

Aurora River, the Company's 210,000 square foot production facility located in Bradford, Ontario, recently completed installation of new, proprietary extraction equipment to increase the Company's resin extract production capacity for soon-to-be-released premium cannabis derivative products. The highly-advanced, process patented equipment was designed in-house and uses CO2 extraction to process up to 20 kg of plant material per run and is capable of performing two runs per day. Aurora River is already using the new extraction technology for the production of edibles and Aurora's new line of vapes with high-quality cannabis resin from the company's high-THC and high-CBD cultivars.

Aurora Eau located in Lachute, Quebec, recently received a Health Canada processing license. In addition to its existing Health Canada license, which authorized cannabis cultivation and sales, the new license allows the facility to process, package and sell dried and fresh cannabis to authorized Canadian retailers. Designed for the cultivation of niche and exotic cannabis varieties and home to Aurora's eastern Canada outdoor grow operation, Aurora Eau is a 48,000 square foot facility with a production capacity of 4,500 kg/ year.

Aurora Vie located in Pointe-Claire, Quebec, recently commissioned and installed a new automated packaging line, reducing the time it takes to package solid dose cannabis products. The state-of-the-art equipment can package, seal and cap up to 100 bottles per minute and has been used for softgels at the facility since Oct. 31, 2019. The new packaging line is used for cannabis-infused mints, which are made at Aurora Vie and are expected to enter the consumer and medical cannabis markets after December 17, 2019.

Hempco's new, state-of-the-art, 56,000 square foot processing facility, which is capable of processing 2.9 million kg per year hemp is nearing completion. The facility, located in Nisku, Alberta, recently commissioned its new dehulling and decorticating equipment. Upon completion in the first calendar quarter of 2020, the new equipment will be capable of dehulling 450 kg/hour of hemp hearts and decorticating 1.5 tonnes per hour of hemp fibre.

Cam Battley Steps Down From Aurora

Aurora has a broad partnership portfolio of cannabis and cannabis-adjacent businesses which all provide valuable strategic benefits to Aurora. The benefits include retail footprint and customer insights, product technology/intellectual property, and operational or cost advantages. The Company continuously evaluates the strategic fit of these investments and may choose to monetize investments which are no longer core to the strategic plan.

To learn more about Aurora, visit their company HQ here.