Being a profitable cannabis company for our investors is the singular near-term focus for Aurora and we have begun to implement a business transformation plan where we intend to manage the business with a high degree of fiscal discipline."

(Unless otherwise stated, comparisons are made between Fiscal Q2 2020 and Q1 2020 results and are in Canadian dollars)

Subsequent to the quarter end, the Company made several decisions designed to strategically transform its operations and provide financial flexibility in response to a changing market and regulatory environment, while supporting its long-term growth:

"The transformational actions we announced last week have already positively impacted SG&A expense and we are confident that our run-rate will be approximately $40 million – $45 million as we exit the fiscal fourth quarter of 2020.

This is a very important step toward EBITDA profitability," said Glen Ibbott, CFO.

"In addition, our credit facility was amended to provide greater flexibility to Aurora. More specifically, Aurora chose to downsize the facility by $96.5 million with the elimination of undrawn term loan capacity, and further used $45 million of restricted cash to repay a portion of the drawn term loan balance for the purpose of reducing leverage and cash required for debt service."

Consistent with Aurora's release dated February 6, 2020; the Company is bullish on the long-term potential for the global cannabis opportunity.

However, due to several short-term factors, there is likely to be a slower than previously expected rate of industry growth in the near-term. The Company has outlined a number of fiscally responsible steps it has already taken to realign its business operations to this expected industry growth rate.

Aurora reiterates its outlook for fiscal third quarter that cannabis revenue will be impacted by previously mentioned industry headwinds, and as such will likely show modest to no growth relative to fiscal Q2's cannabis revenue, excluding provisions, of approximately $65 million. 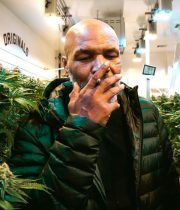