As January came to a close, all the ASX-listed cannabis stocks released their 4C Quarterly activities for the period ending the 31st of December, 2019.

As we've discussed previously, 2019 saw pot stocks take a serious beating, as we entered the "capital crunch" in which the companies that had light balance sheets struggled to raise capital. In the case of ASX-listed companies, many are similarly burning through a lot of cash, which means that they're going to need cash in the bank if they want to survive.

Given the highly speculative nature of the Australian pot stock landscape (and pot stocks in general), it can be extremely difficult to separate the wheat from the chaff.

That's why we've put together a summary of the quarterly results from some of the ASX-listed pot stocks.

This is growth is great news for investors, as it gives Althea a strong platform from which to pursue its ongoing expansion initiatives, including the completion of its Peak Facility and increasing its European market share.

However, the quarter also saw some larger expenses, as Althea invested in AUD$3.2 million of inventory, in addition to a one-off cost for settlement of the Peak acquisition which included Peak's existing plant and equipment to the tune of $5.7 million. Furthermore, the company undertook a vast amount of regulatory work in the UK during the December quarter.

The good news is, while Althea's cash in the bank went from $37.7 million to $22.3 million over the most recent quarter, many of the aforementioned expenses are non-recurring, and revenue is showing an uptick. With expansion across three continents and all of the financial metrics pointing in the right direction, this was a pretty solid quarter for Althea.

THC Global Group Limited (ASX:THC) is an Australian medicinal cannabis producer with a vertically integrated business model and a "farm to pharma" strategy.

In the most recent quarter, THC hit some major milestones; the company commenced the first production of medicinal cannabis extract from its Southport Facility – the largest pharmaceutical bio-floral extraction facility in the Southern Hemisphere. At the end of Q1 this year, the company expects to begin supplying products from the facility to Australian patients.

Most of the company's revenue for the quarter was generated through THC Global's hydroponics equipment business, Crystal Mountain, which achieved unaudited trading revenue close to $5 million for the year. The Company expects Crystal Mountain's 2020 full-year revenue to exceed $7 million moving forward.

The company spent $2.4 million in operating costs throughout the quarter, leaving $3.55 million cash in the bank come quarters-end.

THC Global also received an additional $661,000 from conversions of options that have now lapsed. Factoring in the company's Southport Facility, worth $16 million, the company has a net equity position of $22.6 million.

The company currently has no debt, and while this is certainly a positive, THC's cash runway won't see them through to the end of 2020, so they will need to come up with some cash within the year.

From late Q1 2020, THC Global will be supplying a full range of 'Canndeo' branded medicines throughout Australia and New Zealand, which should see revenues increase throughout 2020.

Medlab Clinical (ASX:MDC) is a cannabis biotech company with a focus on providing therapeutic pathways for chronic diseases.

Medlab made ground on several fronts in the quarter, particularly as it related to the company's flagship drug NanaBis. MDC completed the RNSH clinical trial for the drug, as well as recruiting 125 doctors and 250 patients for an observational trial ahead of the formal rollout.

The company also entered into an agreement to manufacture NanaBis with Tasmanian Alkaloids Pty Ltd which will up NanaBis manufacturing and production capacity, as well as moving the company closer to regulatory endpoints with the TGA, USFDA and EMA.

The company reported collections of $1.641m over the period, which represents an increase of approx. 29% over the corresponding period last year, with $1,724m used in operating expenses.

MDC ended Q4 with a cash balance of $9.689m, and we believe the company has enough cash in the bank to support another 3-4 quarters before they will have to make a decision on a capital raising. However, with NanaBis Phase 2 results due out soon, a licensing deal and cash injection could be on the table this year.

Cann Group (ASX:CAN) has the stated goal of becoming the leading developer and supplier of cannabis, cannabis resin, and medicinal cannabis products in Australia.

The company provided an update with regard to its discussions regarding a loan facility from a tier 1 Australian bank to aid the financing of the upcoming Mildura project,

Previously, Cann Group Limited (ASX:CAN) had intended to complete the Mildura facility as a single-stage development—with a total capacity of 70,000 kgs—which would have come in at an estimated project cost of $184 million. The company is now reviewing a "revised construction plan" for the project.

The stage 1A funding package is now expected to be finalized before the end of the first quarter this year and is anticipated to involve a mix of both debt and equity between $65 million and $75 million. Stage 1A is expected to generate near-term profitability and positive cash flows. The stage 1B expansion is expected to be funded from working capital and debt.

Cann Group Produces Medicinal Cannabis To Be Released in 2020

The company also announced within the quarter that it would undergo a "strategic reset" given the demand-supply imbalance in global medicinal cannabis markets and that the company would focus upon the Australian market primarily while export markets continue to be developed. As a result of this reset, Cann Group is minimizing operating expenses and focusing on near-term profitability and positive cash flows.

In following with the revised business plan, Cann has reduced headcount by 25%, and cut $7 million in annualized costs.

The company also announced that it had commenced GMP extraction activities for the first batches of GMP medicinal cannabis oil products to be released around March.

During the quarter Cann Group also entered into a distribution agreement with Symbion Pty Ltd as well as the launch of a range of imported medicinal cannabis products for supply to approved SAS patients. The agreement supplies healthcare services and products to over 4000 retail pharmacies and 1300 hospitals across Australia.

The company spent $17.1 million across both operating activities ($4.6m) and investment activities ($12.5m) leaving Cann Group with just over $8 million in the bank.

Furthermore, the company estimates that it will spend $6.4 million in the upcoming quarter, so clearly, the cash runway is very short here – hence the debt and equity funding package to help complete construction of stage 1A of the Mildura facility. Prior to the debt and equity funding, Cann Group successfully completed the issue of convertible notes to raise just under $8 million.

Once funding is completed and constructions are done on Mildura, the company expects to generate near-term profitability, in addition to its first commercial medicinal cannabis product has now been packed by IDT Australia Limited under cGMP conditions to be tested and released in the first three months of 2020.

Ecofibre Limited (ASX:EOF) is a biotech company that produces and sells hemp-derived products to consumers and retailers throughout Australia and the US.

In the Quarter, Ecofibre announced that it would be transferring the distribution model of its subsidiary Ananda Health from a direct-to-pharmacy model to a wholesaler-to-pharmacy distribution model. This allows Ananda health to supply CBD products to large distributors and buying groups, while also increasing the company's total addressable market. This shift to distributors resulted in slightly lower receipts from customers of $11.2m, compared to the prior quarter in which the company brought in $13.6m.

Ecofibre spent $2.2m during the quarter on investing activities, which primarily referred to the construction of Ecofibre's US Headquarters, which will further expand the company's production capacities in the long-term.

The company expects investment expenditure to increase over the upcoming three quarters as Ecofibre pays off final construction payments and completes the establishment of Hemp Black – Ecofibre's hemp technology company that will develop sustainable hemp-derived textiles and composites.

Ecofibre will fund these investments through existing cash resources and operating cashflow. The company expects the Grand Opening of Hemp Black to occur in April 2020, following a 10-month program of work.

Notably, the company's $11.2m in receipts from customers, in addition to its $600,000 spent in operating activities, is a much better ratio than any other ASX-listed pot stock. Though here's the rub, Ecofibre expects it's outflows for the next quarter to amount to a whopping $19.6m, albeit $8m of this is to be spent on the new US facility which will allow for expanded production. The company had $23.1 million in the bank at the end of the quarter.

This could mean that the company will need to raise capital throughout the year, though given the relatively large amount of receipts from customers compared with other companies and the fact that customer receipts should increase following the expanded production capacities of Hemp Black and Ananda Health, Ecofibre should have enough gas in the tank for a few quarters.

Botanix Pharma (ASX:BOT) is an Australian medical dermatology company engaged in the development of cannabinoid-based products for the treatment of a range of skin conditions and are working to get the first cannabinoid products approved by the FDA.

The big news during the quarter was the company's flagship drug – BTX1503 – designed to treat acne and tackle the $6 billion global acne market, not achieving statistical significance with the results showed an unusually high vehicle response in the US arm of the study. The stock took a beating following this announcement.

Although we have covered this in detail, in summary; much of the confoundment is believed to have stemmed from the use of multiple clinical supplies batches and differences in processes and equipment between manufacturing sites in Australia and the US. This quarter saw these complications removed, with the US Government de-scheduling synthetic CBD, allowing Botanix's manufacturing to occur at a single site.

During the quarter, Botanix completed patient recruitment for the BTX 1204 Phase 2 atopic dermatitis clinical study and top-line data is expected to be released in 1Q CY2020. In December 2019, Botanix received ethics approval for its BTX 1701 Phase 1b clinical study for the treatment of papulopustular rosacea.

This is still our number one pick for 2020. Botanix Pharma has a very strong management team, a deep and valuable pipeline of products, over $30 million in the bank, and is targeting markets that are multi-billion in value and that have not seen new drugs (in some cases) in over 20 years.

3 Aussie Cannabis Companies to Watch in 2020 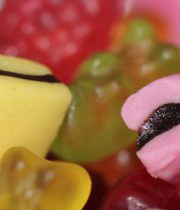