Home » Are Canopy Growth Stocks Still a Buy?
Share this... Few cannabis companies have risen to the heights that Canopy Growth has. But is the Canadian cannabis giant still all it's hyped up to be?

Canopy's stardom was further accelerated when Constellation Brands purchased a 9.9% stake in Canopy for CAD 245 million, once more pushing the cannabis industry, and Canopy Growth, into the mainstream. Since then, Constellation has doubled down on the Canadian cannabis giant, now owning a 38.6% stake after investing over $4 billion into Canopy Growth.

However, despite all of the accolades and triumphs achieved by CGC, Canopy Growth still exists within the tumultuous cannabis industry, and within the Canadian industry no less.

The cannabis industry was battered and bruised throughout 2019, and in the case of Canada, issues of oversupply, a lack of brick and mortar stores, and a persistent black market have all combined to make for very trying conditions.

To this day, Canopy Growth has a war chest like no other cannabis company, with roughly CA$2 billion in cash, cash equivalents, and marketable securities as of June 30, the end of its fiscal first quarter of 2021.

However, things haven't been all hunky-dory for the cannabis giant. For several years now, Canopy has been severely hemorrhaging cash, as well as firing the company's CEO Bruce Linton in July of last year. Then, once COVID-19 hit, CGC had to downsize it's operations, ceasing operations across three continents and laying off hundreds of staff.

Finally, the Canadian cannabis giant delivered some less-than-stellar financial results recently for Q1 2021, in which the company revealed that its Canadian recreational revenue decreased by 11% over the same period last year. Moreover, the company experienced a net loss of $128 million; and an Adjusted EBITDA loss of $92 million compared with Q1 FY20.

For all of these reasons, there is a lot to be concerned about with Canopy Growth. Canopy has a long pathway to profitability which is likely several years away, and there is a lot of work to be done in the meantime to achieve that goal.

Having said that, there are definitely some positives for Canopy Growth that may give investors some optimism.

Is Canopy Growth Turning Things Around?

For starters, as many will know, Canopy has pulled back on spending since David Klein became CEO, and Canopy's recent downsizing and cost-cutting measures may bode well for investors who have watched money pour from the company for the past few years.

The appointment of Mr. Klein, who is Constellation Brands' former CFO, represents Canopy's sustained focus on moving toward profitability and fiscal responsibility.

Additionally, in GCC's recent financial results, the company also experienced a net revenue increase of 22% over the same period last year, which the company attributes to strong Storz & Bickel sales, a popular vaporizer brand that Canopy acquired in May 2019.

Canopy is also making some changes in its product line to continue this drive to profitability, including expanding its "cannabis 2.0" product range in this recent quarter, which Klein addressed in the recent results, saying that Canopy achieved "number one market share in cannabis-infused beverages in the Canadian market."

As Deloitte identified in it's 'Nurturing New Growth' report, cannabis 2.0 products, meaning cannabis derivatives, are estimated to be worth C$2.7 billion. Given that these products offer higher profit margins, Canopy's domination of the Canadian 2.0 space will help continue to move the company toward profitability.

Alongside this focus on cannabis 2.0 products, Canopy is repositioning it's low-cost dry cannabis brand Twd. in order to compete with the persistent Canadian black market.

Finally, Canopy's recent acquisition deal with Acreage Holdings (CSE:ACRG.U), in which Canopy paid $37.5 million upfront to Acreage's shareholders, gives Canopy a foothold in the United States, which has a population nearly ten times the size of Canada's.

As we mentioned, there's still a long way to go for Canopy until the company becomes profitable, and of course, plenty can change or go wrong in the meantime.

However, with $2 billion in cash and cash equivalents, a foothold in the U.S. cannabis market, and a concerted effort to cut costs and move toward profitability, Canopy still has a lot of promise.

Additionally, with the recent collaboration with Martha Stewart, Canopy is positioning itself to break into the mainstream alongside the growing cannabis movement. If federal U.S. cannabis legalization occurs, Canopy will certainly enjoy some of the spoils. 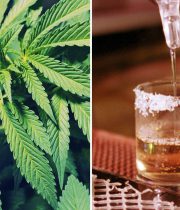 $40 Million Worth of Weed Found in NSW Drug Bust

CBD Was Just Labelled A Narcotic in Italy

Medical Marijuana in Missouri Began On The Weekend

Finding a Supplier of Feminized Seeds

What Are The Implications of New Zealand's Cannabis Referendum?

Should you invest in GW Pharmaceuticals' stock? Find out here in this ...

During this period the company achieved record sales revenue while als...

MediPharm look to put cannabis to work for mankind as they look to sav...

GrowGeneration continues to grow its empire and increase profit with i...

The Valens Company chew through their profits and cash to scale up ope...