Home » A Quick Look Over the European Cannabis Market
Share this...

A Quick Look Over the European Cannabis Market

The Dutch government, through its sole cultivation contractor Bedrocan, one of the biggest medicinal cannabis company world-wide, has recently supplied the majority of medical cannabis for European access schemes, but the landscape is getting more and more diversified. Since 2016, Canadian Limited Partnerships (LPs) have been able to ship product to Europe, and in 2019 Tilray's facility in Portugal came online, followed by numerous other smaller operators.

In the last year, countries in Latin America and Oceania have begun supplying Europe with medical cannabis, and a few African nations, such as Zimbabwe, Morocco, Malawi and Lesotho, may follow suit. However, the share of cannabis-based medicines being produced in Europe is also on the rise. Portuguese and  Spanish growing facilities have already gone commercial, while Germany, Denmark and Greece are all expected to commence sales in the coming months. The Netherlands and the Czech Republic are planning an expansion of their growing capabilities.

With a population of more than 500 million, generally high per-capita gross domestic product (GDP) and health-insurance coverage for cannabis in several countries, Europe is seen by many in the industry as having the potential to one day be a larger market long term than the U.S. and Canada combined.

Among all the medical cannabis markets in Europe, Germany's is the largest, and despite the country's efforts to cultivate its own medical cannabis, it still needs to import cannabis in bulk.

Germany also imports from Canada and the Netherlands through an established system of licences and tenders, while Bedrocan, one of the biggest medicinal cannabis producer, supplies cannabis to the rest of Europe as part of an internal EU market.

As elsewhere in Europe, Germany relies on imports to supply its growing market, and though many European countries seek to ramp up their respective production, importing cannabis remains vital  for cultivation by companies and countries outside of Europe seeking ways to win licences and export to the lucrative markets.

The European market also continues to present a unique set of challenges for companies and investors.

The continent cannot be viewed as a single jurisdiction, because a diversity of languages and cultures exist across national boundaries.

While the long-term expectation of Europe being a massive medical and, eventually, the recreational cannabis industry continues to show promise, it is still difficult to access the reality of the market today, as legal agreements and policies vary among European countries.

Despite efforts to boost domestic production, most experts agree that the region will be export-dependent for the foreseeable future given the robust demand growth. 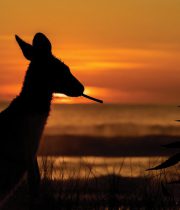