Home » The Investor's Guide to Marijuana – Part 2
Share this...

The Investor's Guide to Marijuana – Part 2 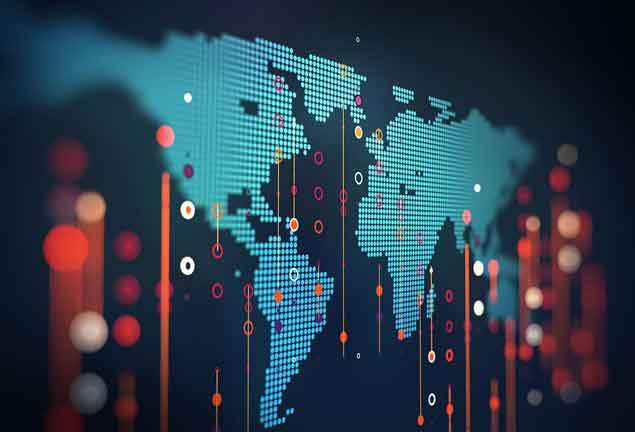 In Part 1, I gave a quick overview of Cannabis's colourful history and went through what Medicinal Marijuana is and how it is being used to treat a range of medical diseases. In Part 2, I take a look at the market itself. From just how big it could be, all the way back to the current political landscape.

The cannabis industry has been inhibited by regulatory restrictions for most of recent history, but the legal market has emerged rapidly as more governments legalise medical and adult use. Driven by efficacy, medicinal marijuana is gaining traction both within the medical fraternity and with the general population.  The stigma is slowly being challenged and will eventually be removed.

Medicinal acceptance of the drug leads to the eventual demand for recreational use legalisation. Although we are a long way off this at a global level, there are big movements happening in North America and Europe that along with Australia and some Latin American countries are accelerating the lifting of the Prohibition of Cannabis.

The world economic market can been broken down as follows, showing that the cannabis industry can be considered a multibillion-dollar component of a larger pharmaceutical industry. The exact value of cannabis sales worldwide remains unknown as the vast majority of the market remains illicit.

Despite the sharp divides in support for cannabis legalisation, a few things are clear: public support for marijuana legalisation continues to increase, the industry is already a multibillion-dollar juggernaut that looks primed for continued expansion, and there are clear potential medical benefits of cannabis.

The future of cannabis is dependent on whether or not its status as a federally illegal Schedule I substance changes in the future. The Obama administration took a hands-off approach to marijuana: the Cole Memo, issued by then-Attorney General James Cole, provided guidelines for states to follow to ensure that the federal government would not prosecute or interfere with cannabis-related activities.

The Trump administration has remained rather ambivalent when it comes to cannabis, although Attorney General Jeff Sessions has been a staunch opponent of legalisation. Trump's election cast a bit of a dark cloud over the nascent cannabis industry; however, growing public support for marijuana legalisation is a positive sign that the federal government will avoid interfering in the industry.

Public and municipal support for legalization continues to increase steadily, a growing body of scientific research shows the positive medical effects of cannabis, and there is little evidence to suggest that marijuana is more harmful to one's health than tobacco or alcohol.

However there are risks, and they need to be both understood and acknowledged. It's 2018 and marijuana remains illegal in the United States at the federal level.  Attorney General Jeff Sessions, an outspoken opponent of legal pot, took action on January 4 after California dispensaries started selling recreational marijuana. Sessions ripped up the nascent protections provided to the industry by the Obama administration and rescinded the Cole memo of 2013.

The reaction was mixed, with some marijuana business owners vowing to plough ahead, but others worried about expanding in a politically risky business atmosphere. The Senate made itself heard. More than 35 governors signed a petition rejecting any interference against the medicinal marijuana industry from the federal government.

Despite what could be considered an unfriendly administration in Washington D.C., nine states and the District of Columbia now allow for recreational marijuana use and 30 allow for medical use. And more states are lining up to join the legalisation wave. Pot has become big business in the U.S.  The future of the industry in the short-term may be difficult to assess, but several trends indicate that the cannabis industry will flourish in the long-term.

And when it flourishes, it will be the biggest market in the world. California, the 6th largest economy in the world, went recreationally legal for adult access on the 1st of January 2018. It's a $20bn market on its own. Federal legalisation, when it happens, will be massive and will impact many areas of the economy.

On the 17th October 2018, Canada is set to be the first G-7 country to legalise marijuana for full adult-recreational use.

The Government of Canada reports that Canadians continue to use cannabis at some of the highest rates in the world. In 2017, 21.0% of youth and 30.0% of young adults reported using cannabis within the last year.

A 2017 study from Deloitte estimated that marijuana sales, even initially, would be at least as large as hard liquor sales in Canada, at around $5 billion annually, but could be as large as $8.7 billion, making them as large as wine sales. The actual number will depend on how the government decides to regulate marijuana, and what price standards it sets.

SOURCE: Choom.com and Cannacord Genuity Report: Canadian Cannabis Industry Overview
Disclaimer: Past performance is not an indicator of future performance.

This critical price component has yet to be determined. The retail value of Canada's recreational market is hard to pin down, as the rules and regulations governing the new industry have yet to be finalised.  However, based on research we can predict that:

But with recreational sales slated to begin in summer 2018, Canadian marijuana producers likely won't be prepared to meet initial demand. Since medical marijuana sales began, the addressable market for licensed producers has been limited strictly to registered patients – an extremely small number relative to the amount of potential recreational customers in the country. As an example, take Colorado wherein 2017 marijuana sales were higher than alcohol sales for the first time. Demand is definitely there.

Assuming recreational sales begin on time, at least in some areas, Canada's recreational market is expected to experience a supply shortage until more production capacity comes online. This creates export opportunities for cultivation and production companies operating within a federally regulated market. Australia, Denmark, Spain and Israel to name a few.

Germany is (currently) the largest market for medical marijuana in the world (the US would be the biggest if it were to be legalised at the federal level). With a population of more than 80 million, Germany is expected to become a huge market for medical cannabis. Germany is also the first county in the world to cover the cost of medical cannabis – for any therapeutic application approved by a physician – through its national health insurance system.

Although medicinal marijuana is legal at the federal level, commercial and homegrown cultivation and production are still illegal. The tendering process for commercial production licenses suffered a blow in March of this year. The courts decided the tender period was rushed and there were far too many complaints to progress. They have now set a 6-12 month period of investigation and development of the tender process and its requirements.

This is great news for the Licensed Producers (the growers) in Canada that currently meet German demand through imports. The number of registered patients in January 2017 was 300. The number in January 2018 was 17,000 and growing! This is a very big market.

Australia is a strange one. In 2017 marijuana was legalised for medicinal use by the federal government. However, the rules were very stringent for a doctor to prescribe its use. The industry has been a complete disappointment since. At last count (early 2018) there were only 150 or so registered patients across Australia.

The government did open the industry up for export in January and then relaxed the legislation for prescription in March. In April the Victorian state government lodged a paper calling for the legalisation of marijuana for adult use in Victoria. They want to see the period of natural migration to adult use being significantly shorter than the global average of 10 years.

So, although Australia presents a medicinal market to the world, in reality it is an export market it will find itself in for the coming few years. Australia seems to be positioning itself to be a premium grade exporter to the global market – of both medicinal and recreational marijuana. A great metaphor for this would be its fruit industry.

And that concludes Part 2 of the Cannabis Effect. In the final part, I will be looking at the actual industry itself and breaking down the various business sectors and types.